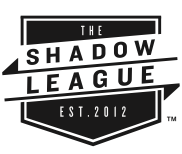 Shadow League Radio’s programming will infuse an urban perspective into discussion topics across sports news, social media, original content and sociocultural happenings. Content generation for the shows will be based on listener’s on-air, social and emailed contributions.

Yussuf Khan, general manager and senior vice president of national sales, Shadow League Digital noted: “We are excited to launch Shadow League Radio. Our vision is to create a platform where the dialog, while stimulated and enhanced through TSL-created editorial content, is driven by the listeners–where they have a voice and truly contribute to the flow and direction of each broadcast.â€

Listeners can contribute to show discussion and topic generation by emailing the show via TSLSportsTalk @theshadowleague.com or on Twitter via @TSLSportsTalk.

For more information about The Shadow League, please visit: www.TheShadowLeague.com or on Twitter @ShadowLeagueTSL.