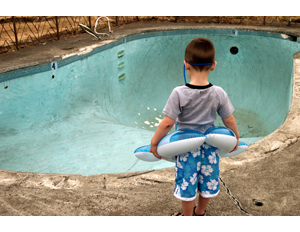 Remember that whole bit Dave Chappelle did about the validity of celebrity opinions in his comedy special For What It’s Worth? Well, who would’ve thought that 13 years later, thousands of stranded millennials littered across a remote island would be literally thinking the same thing Chapelle expressed back in the 2004Â stand-up performance?

If you have been in mainstream society, you’re likely familiar with the luxury-event-turned-Survivor-tale that was the ill-fated Fyre Festival, which was co-founded by hip-hop star Ja Rule and millennial entrepreneur Billy McFarland.

This much-hyped and expensive festival was an example of good, aggressive marketing. Advertised across social media platforms as a luxury-infused,Â immersive art and music “anti-festival” located on a “remote island,” the event was pushed hard by co-organizer Ja Rule, along with a bevy of millennial-aged models and spokespeople, including the social media ubiquitous Kendall Jenner.

Obviously, the only well thought out aspect to Fyre Festival was the promotion, as an estimated 6,000 tickets were sold, which allegedly cost between $450 and $12,000, according to Business Insider. However, the actual execution was enough of a disaster to take any lingering focus off other recent corporate PR black eyes sported by United Airlines, Pepsi, and Shea Moisture.

For business owners, the rise and subsequent fall of the Fyre Festival can be regarded as a contemporary corporate cautionary tale. Whether you run a small online business or manage a mega corporation, event planning is a critical part of business success. An event could be as intimate as a meetup between 20 of your most loyal customers, or a product launch party that includes media and influencers.

Because Fyre Fest’s faux pas exemplifies exactly what NOT to do when planning, organizing, and executing a successful business event, here’s a roundup of where the event’s organizers went wrong, and what steps any business owner should take to put together an event that is capable of driving customer engagement and satisfaction:

Reports state that artists slated to perform at the event were never paid. Instead of the sumptuous fare advertised–including fresh seafood and a pig roast–event-goers were given cheese sandwiches with wilted lettuce.

The dinner that @fyrefestival promised us was catered by Steven Starr is literally bread, cheese, and salad with dressing. #fyrefestival pic.twitter.com/I8d0UlSNbd

Someone wasn’t doing bookkeeping. When planning an event, make a budget and stay within its boundaries so you are not overselling the event to attendees. If you promise attendees catered, gourmet meals, you better be able to deliver.

2. A Lack of Purpose

The Fyre Festival suffered from overreach. It wanted to be an event that covered a lot of ground: food, music, and luxury vacationing. Only huge, established conferences, such as SXSW, can typically pull off this multifaceted approach. When planning an event for your business, always outline the purpose of the event and keep it in mind while hashing out the event details.

3. A Lack of Logistics Planning

The New York TimesÂ also noted that there were “logistical hurdles, including a lack of proper water systems and transportation.â€

Event planning requires an A-Z level of detail. How will guests be transported there and back? Are there adequate restroom facilities? How many attendees can the venue safely accommodate? There are so many factors in ensuring a safe and enjoyable experience for all. If you lack the knowledge and experience in event planning; you may want to budget in a professional planner.

As my dad always says, “Never let your mouth write a check that your butt can’t cash.” This is simple, though poignant lesson can make or break a business’ reputation. Granted, from a marketing perspective, there is some wiggle room to romanticize or even slightly exaggerate the value or appeal of a product or service. Imagine if, instead of showcasing a mouth-watering meal, a burger joint featured defective, squished sandwiches or greasy, limp fries in their advertisements–would that inspire you to dine with that establishment? I don’t think so.

Though this is a typical promotional tactic used for brand storytelling, there is a fine line between popping a pair of rose- colored glasses on consumers, in terms of what to expect from you, and straight up failing to deliver anything remotely close to what was advertised. For instance, when Maude Etkin, a 23-year-old Fyre Fest attendee, described her experience at the festival to The New Yorker, her words painted a very different picture than the chic accommodations promised in the event’s ticket packages:

“Etkin had decided to go to Fyre Festival in December, when a friend had told her about an early-bird ticket deal: they could get an eight-person lodge–a furnished place with king-size beds, couches, and air-conditioning–for five hundred dollars each. ‘In reality,’ Etkin told me, ‘there were white emergency-relief tents and nothing else. TheÂ site was barren and disorganized. The tents had holes in them, beds were missing, there was no way to secure your belongings. As soon as we got there, we knew we had to leave.'”

While including transportation or housing isn’t necessarily mandatory for hosting a successful business event, if you do promise these things and charge individuals to attend, marketing said features as part of an overall “luxury experience,” prepare to meet the attendees’Â posh expectations.Â If people wanted to sleep in a tent and eat processed cheese slices on cold bread, they would rough it in the wild on a budget-friendly camping trip, not drop serious, VIP-level dollars.

A view of the luxury food court with some luxury school bus transportation at Fyre Festival. #fyre #fyrefestival pic.twitter.com/XL3PtRw8q0

And, unless Miss Frizzle was driving that vehicle, giving everyone a ride back to the safety of their warm, cozy beds aboard her “magic school bus,” then–no–this level of transportation is not synonymous with luxury. If you want to risk cutting corners in the digital age, prepare to be crucified by the internet….

…followed by the law. According to Business Insider, Fyre Festival organizers are now facing a $100 million lawsuit, due to the vast discrepancies between what was promised and what was actually delivered.

5. The Kendall Jenner Factor–Make Sure Your People Are “Woke”

Look, Kendall Jenner has built a successful career as a supermodel, leading the charge in the “Instagirl era.” Though she was not directly responsible for the Lord of the Flies fallout of Fyre Fest, she did voluntarily sign a contract to be one of the faces of the brand. So, I find it strange that, rather than apologizing and following suit with other spokespeople who once promoted the event, likeÂ Bella Hadid, Jenner has remained totally mute on the subject. Even Ja Rule posted an apology on Twitter–albeit a tad backhanded apology, but an apology nonetheless.

What is the deal with Kendall, though? It’s hard to believe that she is completely unaware of the Fyre Fest catastrophe, as numerous sources, including Refinery 29, have reported that all traces of Fyre Festival have since been deleted from all of Jenner’s social media accounts. Clearly, she recognizes that this is something to be embarrassed over. While the optimist in me would like to think that she taking her time, scrutinizing over exactly how to best surmise her sincere regrets in 140 characters, especially considering how she is fresh off the heels of that Pepsi ad debacle, (which she also has yet to comment on publicly).

Speaking of heels, did I not mention that on Saturday, Jenner surfaced on “the gram,” showing off a pair of uber thigh-high boots?

Kendall posted this photo on Instagram April 29, 2017, which was approximately the same time that trapped Fyre Festival attendees were in the midst of plotting their escape. How thoughtful, right?

Perhaps the most accurate descriptor touted by the event’s advertisements was that it was, in fact, an anti-festival; festivals are supposed to be fun, joyous occasions, and this was more like a Gilligan’s Island nightmare.

–Jordan Willard contributed to this article.

10 Ways Anyone Can Save Money in College