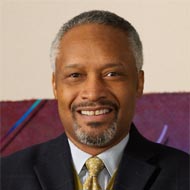 Jewelry retailer Zale Corp. announced the promotion of Theo Killion, formerly the executive vice president of human resources and legal and corporate strategy, to president. In addition to his current responsibilities, Killion, 57, will be responsible for overseeing the operation of customer, employee, and store support. He will also manage the loss prevention department, which handles security for the company and as well as all of its stores.

“Theo is an outstanding manager with tremendous experience and leadership skills,” said CEO Neal Goldberg in a prepared statement. David Sternblitz , a spokesman for Zale, says Killion’s appointment is an example of Zale’s ongoing commitment to a diverse work force. In fact, its two previous CEOs were female: Mary Forte served the organization from August 2002 until January 2006, and Betsy Burton served from January 2006 to December 2007. “We have a diverse management team, and that is reflected in our overall hiring practices,” Sternblitz says.

Before joining the Irving, Texas-based company in January, Killion served as an executive recruiter at executive search firm Berglass+Associates. He also served as executive vice president of human resources at Tommy Hilfiger where he led the company’s global human resources efforts. Killion is a human resources veteran with more than 30 years of experience in the industry.

The corporation has revamped its management team in an effort to move forward with its growth strategy and maintain its position in the jewelry industry during trying economic times. Despite the lagging economy, the jeweler brought in more than $2 billion in revenues last year. Zale, which has more than 2,200 stores, operates in retail locations throughout the United States, Canada, and Puerto Rico. Brands include Zale’s Jewelers, Zale’s Outlet, and Gordon’s Jewelers.