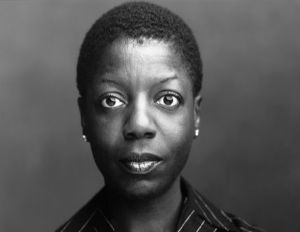 Thelma Golden, director and chief curator at The Studio Museum in Harlem, has been appointed to the board of the Obama Foundation. In her role, she will oversee the plan for the Barack Obama Presidential Center in Chicago, a museum and library that reflects Obama’s life, presidency, and legacy.

Golden has 15 years of experience at The Studio Museum, serving as director for 10 of those years and leading strategy that boosted visitor growth, led to a $122 million expansion and increased international acclaim. Her work at the Studio Museum widened the platform and exposure for African American artists and made the institution a global hit.Â Before her time there, she was a curator at the esteemed Whitney Museum of American Art.

“I am very much looking forward to joining the board of directors, and working to make the Obama Presidential Center a hub for creative expression through the arts,” Golden said in a statement. “The South-side of Chicago has historically been the nexus of several important cultural movements for African Americans, and I believe the new center will help usher in a new era of community engagement for this extraordinary neighborhood.”

Other new members of the board include John Doerr, a venture capitalist who was on Obama’s USA Economic Recovery Advisory Board and Julianna Smoot, the former White House social secretary and deputy assistant to the president. Both Smoot and Doerr have played vital roles in fundraising for Obama, reports TheÂ Observer.