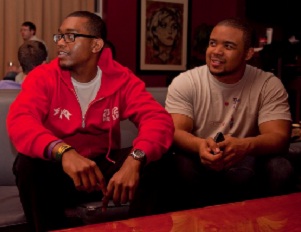 The number of black tech entrepreneurs in Silicon Valley continues to hover at around 1%. While the stats aren’t an indication of an absence of black entrepreneurs and pioneers in the space, it’s yet another example of the growing gap that exists between entrepreneurial opportunities in tech and underrepresented groups such as women, African Americans and Latinos. Hence, many argue that the only way for this existing gap to be bridged is through more inclusive STEM education offerings.

It’s a concern echoed at last week’s White House Tech Inclusion Summit, where co-founder and CEO of The Starter League Neal Sales-Griffin announced his startup’s partnership with the city of Chicago. The Starter League (formerly Code Academy), a Chicago-based beginner-focused software school that teaches people how to code, design and ship web apps, has partnered with Chicago Public Schools and the City Colleges of Chicago to provide web development courses to more than 2,000 students over the next year. The curricula will reach Chicago students at the city’s five early college STEM high schools, the city’s technology magnet cluster high schools, and the city colleges.

Increasing their access to the skills and knowledge needed to succeed in the rapidly changing information technology field, the partnership will provide in-depth training for teachers and customized curricula for both high school and city college students.

“We are thrilled to partner with the Mayor and the City of Chicago to bring beginner-focused software education to CPS and CCC.Â  The Starter League was founded on the idea that anyone, no matter their background, can realize their ideas through software development and design and solve meaningful problems through technology,â€ said Sales-Griffin in a press statement. “We’ve proven this idea with hundreds of students in our own classrooms, and we can’t think of anything more important than sharing what we’ve learned about beginner-focused technology education with Chicago teachers.

With a lack of effective teaching practices and access to research experience noted as factors deterring students from pursuing STEM education, Sales-Griffin and The Starter League team , as well as Chicago Mayor Rahm Emanuel are confident their approach will close the gap between open jobs and minorities.

“This new partnership is an innovative way to ensure our high school and college students have the skills and education they need for the jobs of today and the careers of the future,â€ said Mayor Emanuel in a press release. “International companies and local startups alike look to Chicago as a city with top talent. Partnerships like this, as well as our expanding College to Careers program, work to help our students succeed and maintain our city’s status as a competitive destination.â€

Over the past year and a half, The Starter League has taught over 500 people in Chicago Â how to build software.