â€˜The Sapphiresâ€™ Were Inspired by the US Civil Rights Movement 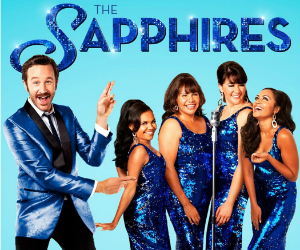 The civil rights movement that took place in this country had a direct effect in Australia in the 60s.

This Friday, March 29th, ‘The Sapphires,’ a movie aboutÂ four indigenous women in Australia who form a country music group to embark on a journey to surpass the racist system that had hindered their advancement, will be released.

The film, set in 1968, shows thatÂ aborigine’s were considered second class in Australia, and the government would often remove lighter-skinned children from their families under the law to be placed in white homes and learn white ways.

“The correlation between the Aboriginal civil rights movement and the American civil rights movement is very close,â€ Blair tells theGrio. “Your 1961Â Freedom Rides that you guys did over here — it was about people sitting on a bus — we mirrored those freedom rides. Black and white students did a similar thing; they rode a bus across the countryside of New South Wales, and came across racism at that time…,” says director, Wayne Blair.

Read the full story on The Grio