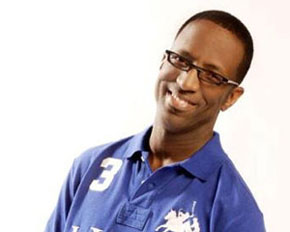 Father. Funnyman. Foot Locker? Since his days on the standup circuit, Rickey Smiley has been making boss moves. Known to sell out a venue with his hilarious, church-infused antics, Smiley has expanded his brand tremendously.

Black Enterprise Business Report host Shannon LaNier caught up with the hilarious Rickey Smiley on his latest projects, his first paying gig and his venture into TV stardom TV for The Rickey Smiley Show debuting on TV One Sept. 18 at 9 p.m. EST.

Watch as Smiley discusses his real-life inspiration from fatherhood to his successful radio show, tapping into his classic characters that shot him to standup fame.