The Real Olivia Pope, Judy Smith, Helps Everyone from Sony to Michael Vick 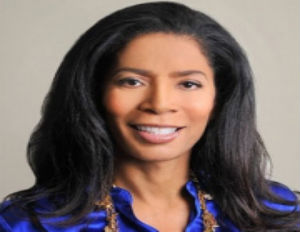 There would be no Scandal or Olivia Pope without crisis management expert Judy Smith. A 2015 keynote speaker at Black Enterprise’s Women of Power Summit, Smith’s legendary 30-minute meeting with ABC’s Shonda Rhimes and partner Betsey Beers, went from quick planned chat to a more than 3 hour conversation. This manifested into the hit Thursday night TV show, starring Kerry Washington, where Smith serves as creative inspiration, co-executive producer and technical advisor.

But Smith has been the source of creative ideas since her days at American University Washington College of Law serving as the school’s first black woman to be Executive Editor of the Law Review. Upon graduating, she made the career climbing steps toward success in DC, working in politics as Special Counsel for the Attorney General of the District of Columbia, until George W. Bush called. Bringing on Smith as his Press Assistant and Deputy Press Secretary, she helped guide Bush through numerous sticky issues like the Iran Contra Affair, the Gulf War and the nomination of Clarence Thomas to the Supreme Court. “Until you own the fact that there might a problem, you won’t have the motivation to go about confronting the problem,â€ she said in one piece of advice given through her Huffington Post column Ask Judy. “It’s important to keep things in perspective, but don’t try to minimize your feelings and dismiss things by saying that they are ‘not that big of a deal’ when they clearly are for you.”

Branding herself as the premiere expert in being a life raft for high profile types sinking in negative situations, Smith founded Smith & Company. She’s taken on drama ridden famous faces like Paula Deen, Michael Vick, Wesley Snipes, and Monica Lewinsky. Her latest client is Sony — struggling to untangle itself from a hacking debacle based around the movie “The Interview.â€

Counseling numerous Fortune 500 companies like United Healthcare, Americhoice, Wal-Mart, Radio-One Inc. on everything from mergers and acquisitions, to product recalls and diversity, Smith’s resume also includes work at NBC as Senior Vice-President of Corporate Communications.Â  As an experience writer, her book Good Self, Bad Self, was published by Free Press, an imprint of Simon & Schuster, Inc. Â Self-identifying as a “fixerâ€ dedicated to helping people’s lives; Smith has blogged for ABC Television’s website in her column “What Would Judy Do?â€ After an episode of Scandal, she once shared, “When you are the focus of a crisis, no matter how adept you are in handling such a situation you need to have outside help. You will be too close to the situation to evaluate what’s best for you.,â€ she wrote. “You may weigh in on strategy but you have to hand over the reins to someone else. Your role changes and to occupy both that of client and of “fixerâ€ is like a therapist talking to himself.”