The Power of Black Women in Fandom 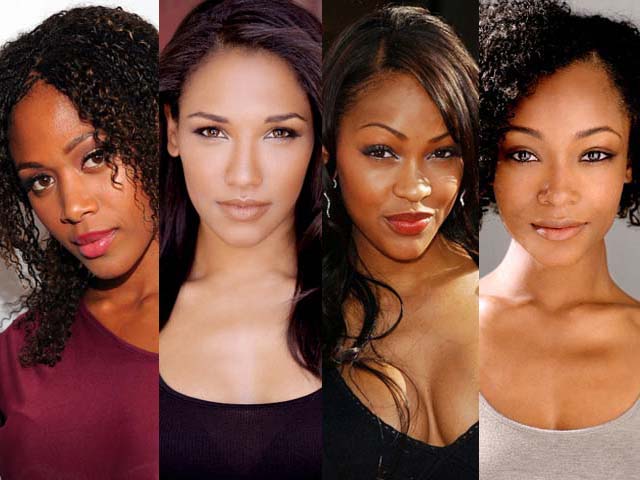 (l-r) Nicole Beharie, Candice Patton, Meagan Good and YaYa DaCosta are actresses who have a loyal following on the Web

Black Americans watch TV more than any other demographic[1], yet are often overlooked. Black women also tend to be heavily involved in the fandoms of their favorite TV shows. The Flash, The Walking Dead and Sleepy Hollow are just a small list of shows with large black women fan bases.

Black women were so invested in Sleepy Hollow that they campaigned against it being cancelled and won.

[Related: Film and Entertainment Executive Talks the Power of Thinking and Acting Like an Owner]

Black women fandoms are more likely to promote their favorite shows on social media. The Iris West Defense Squad, a huge contingent of black female fans of The Flash, have campaigned vigorously to get the show awards and nominations–and succeeded. Oftentimes they’d spend time voting and promoting endlessly. They’ve held all-night voting parties, during which those fans get little to no sleep. They spend more time promoting the show on social media than the interns that the CW pays to do the same.

Since black users use Twitter with greater frequency than their white counterparts[2] black female fans are more likely to interact and open up a dialog between fans and the show’s cast and crew. The Iris West Defense Squad started a twitter meme, #DoYouHaveADaughterJoe that quickly caught the cast’s attention, starting yet another dialog between this fan base and the producers, actors. In fact, The IWDS interacts with the producers, cast and crew, more than any other contingent of The Flash fandom.

When the second season of Sleepy Hollow was airing, black female fans were dismayed when the show’s black leading lady, Abbie Mills, was sidelined in favor of a white supporting character, Katrina. Katrina dominated every plotline, leaving Abbie as a glorified sidekick. As time went on, fans became more and more disgusted. #AbbieMillsDeservesBetter trended for days. Fans wanted her to have relevance in the story she was supposed to be a lead character in. Ratings tanked as they tuned out. The Sleepy Hollow executives thought they’d keep watching as long as Abbie was still on, surely her screen time was irrelevant? They were wrong. As the show teetered on the brink of cancellation, executives promised their black women fan base that in the coming episodes Abbie would regain her lead status and be included in important plotlines again. The fans rallied behind this promise and campaigned heavily to get Sleepy Hollow renewed. They succeeded.

Just having a black female lead isn’t enough though. Characters who are black women often fall into many negative stereotypes. They are often written as fat, sassy, aggressive, angry, self-indulgent, hypersexual, and gold digging single mothers. Rarely are they portrayed as vulnerable, desirable, loving, carefree, silly, elegant, soft or genteel.