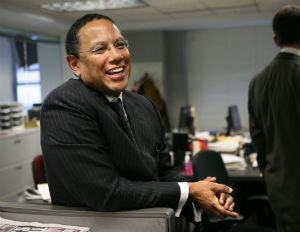 The New York Times announced Wednesday that Executive Editor Jill Abramson will be leaving the position and managing editor of the newspaper, Dean Baquet, will replace her.

Baquet is a Pulitzer Prize-winning reporter and former editor of the Los Angeles Times. He will serve as the newspaper’s first African American executive editor. His appointment to the new position comes with much praise, as the publisher of The New York Times and chairman of The New York Times Company, Arthur Sulzberger, Jr. says, “There is no journalist in our newsroom or elsewhere better qualified to take on the responsibilities of executive editor at this time than Dean Baquet.”

There is no word on why the immediate changes have taken place, but Baquet is beyond ready to take on his new role saying, “It is an honor to be asked to lead the only newsroom in the country that is actually better than it was a generation ago.”