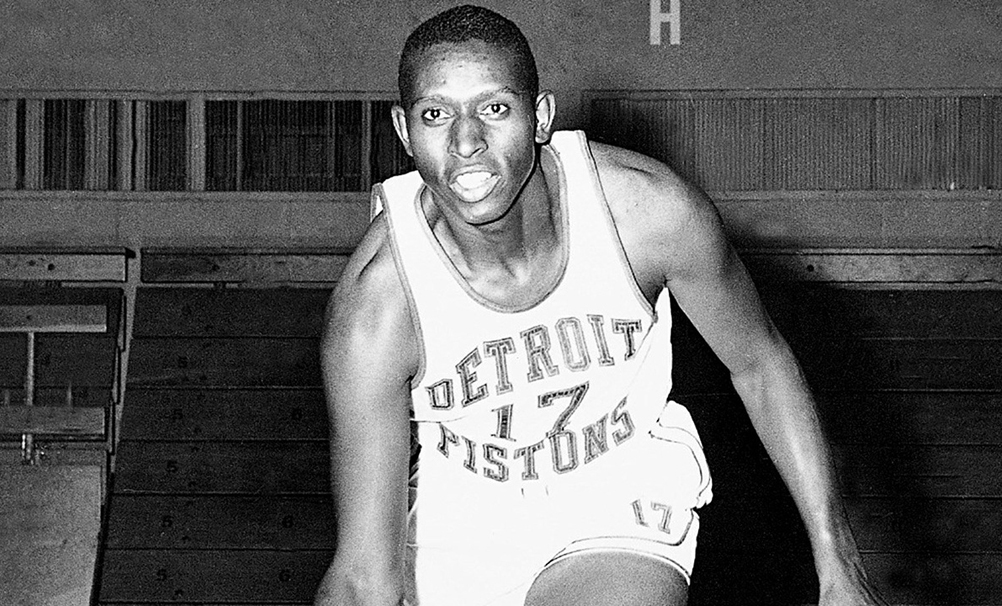 One of the most anticipated sports weekends year after year is the NBA All-Star game. The All-Star game is largely about the leagues all-stars facing off but, with all due respect, the celebrities sitting courtside, the parties, and the music are just as much a highlight as the players themselves. From its earliest days the link between hip-hop and the NBA is undeniable, not only by a musical shout out but style and swagger too.

Before all of the glitz, glamour, and marketability of the NBA there were BE Modern Men paving the way for the stars of today to market their talents on and off the court. According to the unofficial 2014 NBA Census report, African American players make up 68.9% of the league with many of these talented athletes driving the global marketing engine that is the NBA. African American culture and specifically hip-hop have become synonymous with the NBA, but this has not always been the case. Once upon a time the league had zero black athletes on the court, but four years after its inaugural season the league decided to follow in Major League Baseball’s footsteps and break its own color barrier. In terms of NBA history we think of Wilt Chamberlain as a BE Modern Man, or Bill Russell and “The Big O” Oscar Robertson. But the athletes who came before these weathered the injustices, racial sentiments, and inequalities that in many ways still plague the world of sports today.

Although we can still see Russell and Robertson attending NBA games and events, the lasting positive contributions that the likes of Earl Lloyd, Chuck Cooper, and Harold Hunter left upon the game cannot be understated. These men are the African American legacy of professional basketball.

On Oct. 31, 1950, Earl Lloyd became the first black player to play in the NBA when his team the Washington Capitals tipped off against the Rochester Royals. In his first game, Lloyd checked in during the second half and ended the game with six points and a game high 10 rebounds in a 78-70 Washington win. Lloyd not only broke barriers on the court, but on the sidelines as well when in 1968 he became the league’s first African American assistant with the Pistons, and again as the NBA’s second black head coach.

While Lloyd was the first black player to play in a NBA game, Chuck Cooper was the first player to be drafted in the NBA. Cooper made his Boston Celtics debut on Nov. 1, 1950 against the Fort Wayne Pistons. During his rookie season he averaged 9.5 points and 8.5 rebounds in 66 games.

Harold Hunter, a standout guard from North Carolina College (now known as North Carolina Central University) was the first to sign a contract with the NBA. In the 10th round of the 1950 NBA draft Washington Capitals coach Horace McKinney selected Hunter to play alongside Earl Lloyd on the team. On April, 26, 1950 Hunter signed a NBA contract forever etching his name in history. Although Hunter was cut during training camp and never played in the NBA he went on to become the first African American to coach the U.S. Olympic team.

We are proud to highlight these trailblazing men as part of our rich history in professional sports leagues. These men along with others have opened up the doors of opportunity for today’s biggest NBA stars to play the game their way, with their style and swagger. A BE Modern Man understands the foundation that his legacy is built upon and recognizes the importance of paying homage to the greats who came before him. As we continue to see black culture deeply integrated into the NBA’s ascent into global popularity let’s not forget who truly paved the way.