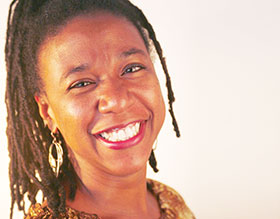 Leslie Fields-Cruz heads up the nation’s only nonprofit organization dedicated solely to media content about the black experience. As the executive director of the National Black Programming Consortium (NBPC), the Harlem-based media arts organization, she has made some major moves.

Under Fields-Cruz, NBPC has expanded its mission to serve not only documentary filmmakers but media-makers of all types in a new media environment, from broadcast to Web to mobile. Launched in October 2014, NBPC 360, the organization’s incubator and fund, identified and selected both broadcast and Web documentary series and a short narrative Web series. Producers were awarded between $50,000 and $100,000 to develop their pilots. The group is launching year two of its 360 Incubator and Fund as they are looking for the next innovative stories about black people. The deadline is March 28 and the 360 guidelines and applications are available at www.bit.ly/NBPC360-2016. NBPC also produces the television documentary series AfroPop, hosted this year by FOX’s Empire breakout star Jussie Smollett.

Fields-Cruz is working to expand the organization’s mission to serve artists in all types of media from traditional broadcast to Web to mobile platforms. For the first time last year, NBC hosted a hackathon focusing on gamification in partnership with Silicon Harlem. Teams of student coders were paired up with eight producers from NBPC 360, bringing together storytellers from the program with technologists over 48 hours to create games around content from their TV and Web series. NBPC also conducted Webinar Wednesdays where they train new producers on key aspects of pulling together a film or Web series and developing an outreach campaign beyond just having screenings around the country.

Also in the works is a succession of new funding priorities. Over the next two years, NBPC will primarily fund documentary and Web content exploring issues of race and around social justice, with an emphasis on black male achievement, the international black woman, blacks and the environment and economic inequity. The group will award productions with seed money as well as finishing funds.

With current headlines turning the spotlight on the perception of and plight of blacks in this country, the role our media-makers play in providing the American public with stories of the varied black experience is as important as ever.

BlackEnterprise.com caught up Fields-Cruz to discuss her role in stewarding black content to public television and beyond.

BlackEnterprise.com: How did the NBPC 360 incubator and fund come about, what was the catalyst?

Fields-Cruz: In 2013, the board and staff embarked on a strategic planning session. We needed to re-evaluate our mission and look at the programs we are offering black filmmakers. We needed think innovatively about what we can offer. We thought that an incubator would be a great opportunity. We have always done professional development but let’s figure out a way we can combine that with substantial rewards so that producers can walk away with money and a much stronger support system. We wanted to help them get the funding or financing to be closer to completion of their projects.

What type of artists or filmmakers do you seek to participate in the incubator?

We had about 160 applications last year and that was whittled down to 25 after the first round and out of that group we selected eight projects for the incubator. Usually we have 10 but last year we chose eight. We are not looking for those filmmakers who have just finished school and who don’t have too many credits to their name. [Rather], we are looking for the emerging producer or mid-career producer who has completed a film and it has had a broadcast or has had a very successful festival run. And they are looking to expand and build upon their career; they need additional support and to expand their network in the industry. We always had independent producers contacting NBPC and seeking funding. But we had not had an open call for about five years. So a lot of this year was me meeting and speaking to independent producers and letting them know what was coming down the pike. We are actively trying to bring new talent to work in the PBS system. We know that public television is very interested in [hiring] the next generation of talent and producing content that reflects the changing demographics.

Newsweek: By 2020, Robots Will Run For President