The Man Who Killed Tamir Rice 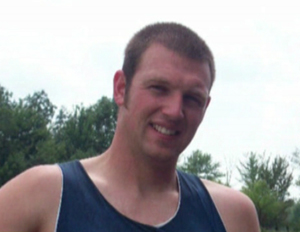 Timothy Loehmann had been out of work for five years. His luck changed in March 2012 when he landed a job as a police officer in Independence, Ohio. On his application, he cited having a “stable job” as one of his main motivators for joining the police force.

By December 5, 2012, Loehmann was no longer a police officer. The Independence Police Department has stated that Loehmann’s employment lasted a total of five months. Four out of those five months were spent in the police academy. Loehmann had spent only a month as an official police officer before his alarming misconduct became too much of a liability for the Independence police force.

According to Loehmann, he voluntarily resigned. According to the Independence Police force, he quit before they could fire him.

In five short months, Loehmann was deemed “emotionally unstable” and unfit for service as a police officer. In his personnel records, his direct supervisors described him as having a “lack of maturity” as well as an “inability to perform basic functions as instructed.” These supervisors were referring to the disturbing behavior Loehmann exhibited during a weapons training session.

Loehmann’s worrisome conduct and mental instability when handling weapons would become a reoccurring theme in his personnel files.

In another training session held at a gun range, Loehmann suffered what was described as an “emotional meltdown.” In a memo sent to Human Resources, Deputy Chief Jim Polak of the Independence Police Department referred to this incident as a “dangerous loss of composure.” Polak noted that Loehmann’s “handgun performance was dismal” and that he was “distracted and weepy” during the training session. After Loehmann’s weapons were taken away by the training officer, he continued his “emotional meltdown” with detailed descriptions of his apparent issues with a girlfriend.

“Individually, these events would not be considered major situations but, when taken together, they show a pattern of a lack of maturity, indiscretion, and not following instructions.”

“I do not believe time nor training will be able to change or correct these deficiencies.”

In March 2014, after spending two years being denied by every police force he applied to, Timothy Loehmann received an offer from the Cleveland Police Department. They did not check his personnel files.

He will not face charges.