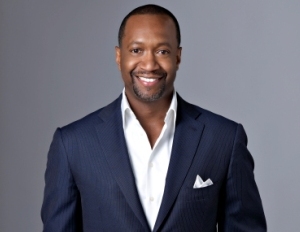 After 15 years of leading what he calls a “quiet revolution,” Jeff Friday, co-founder with Warrington Hudlin and Byron Lewis of the American Black Film Festival (ABFF, being held this year from July 6-9 in Miami), has decided to pass the torch. The former ad-exec -turned-film-advocate says he’s moving into new territory after what is sure to be this year’s star-studded event, deciding to focus his attention on new opportunities, such as opening theaters across the country. It’s a move he says will help ensure black films have a place to call home–and the potential to have their work seen.

CEO of his 10-year-old company Film Life, Inc., executive producer of the Black Film Awards, and one of BLACK ENTERPRISE’s “Top 50 Hollywood Power Brokers,” Friday sits down with The High Life host Tai Beauchamp to talk about the impact of the festival, the future of Blacks in film, and why he decided to give Will Packer a shot more than 10 years ago.