The Financial Chains That Bind: Victims of Domestic Abuse

As the YWCA celebrates 20 years of the Week Without Violence (Oct. 19 – 26, 2015)— a campaign to mobilize people in communities across the United States to take action against all forms of violence wherever it may occur, BlackEnterprise.com spoke with YWCA (USA) CEO, Dara Richardson-Heron Ph.D., about one of the least discussed, yet most impactful aspects of domestic abuse: Â financial abuse.

In financial abuse, perpetrators control their victim by using tactics like withholding access to money, destroying their credit, or hurting their job performance.

“While this type of abuse leaves no bruises, it can be one of the most oppressive forms of intimate partner violence. In fact, it is often cited as the number one reason women cannot leave an unsafe relationship,â€ says Richardson-Heron. “Without the resources necessary to care for oneself and children, victims of domestic violence are too often forced to make unfair decisions between their safety and their economic stability,â€ she adds.

A poll by the Allstate Foundation finds that:

Richardson-Heron shared her wealth of knowledge and many of her insights on the issue of financial abuse with us.

BlackEnterprise.com: How big a role does income inequality play in economics becoming a factor in domestic abuse?

Richardson-Heron: Building skills and planning for the future are critical steps women must take to get safe and stay safe. However, pervasive gender and racial income inequality still place women at an economic disadvantage. Women are more likely to occupy low-wage jobs with little to no benefits. In fact, they comprise more than half of minimum wage workers and are less likely to have paid sick days or control over their work schedules. While wealthy women can also become victims of financial abuse, these disparities are part of a larger culture of inequality that allows abuse to occur. Furthermore, unfair workplace policies contribute to a victim’s inability to maintain work life while surviving in, or working to leave, an abusive relationship. To address these systemic issues, YWCA works daily for legislative change to build a society that supports victims of domestic violence rather than placing more barriers in their way. 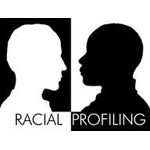