It was a dark and stormy night — well, it was by no means stormy, but an internal tempest began to brood as I sat stranded in Brooklyn at midnight, courtesy of a dead car battery. Probably the most notorious offender when it comes to leaving on headlights, my careless ways finally caught up to me last month, when the last bit of life was sucked out my 2006 Honda Civic. After futile attempts by Honda’s roadside assistance mechanic to resuscitate Misty Bleu, I was eventually towed to the nearest auto shop.

The remedy: $182.18 for a new battery and five hours in the dealership on a gorgeous Saturday.

I found no sympathy from my no-nonsense mom: “You replace your car battery just like you replace batteries in everything else, Renita. Duh,â€ she said. My ignorance, according to Mother Burns, was inexcusable, and I had to suffer the consequence. In the end I paid nearly $200 for a battery that should have only cost $55 to $89 at most.

“If you neglect your car, if you don’t take care of it at some point down in the road, it’s not going to take care of you,â€ says Michael Calkins, a manager at AAA. I spoke with Calkins, recently, about other replacements and maintenance issues that people delay or forget about.

“The number one thing on the list is tire pressure,â€ Calkins adds. “People pretty much ignore their tires.â€ Instead of checking tire pressure during every oil change, or every 3,000 to 5,000 miles, he says the pressure should be checked monthly.

Calkins recommends buying a pressure gauge from an auto parts store. If you’re low on pressure head over a local gas station and add a little air. Keeping track of this can save you time and money since early wear on tires can cost $200 to $1,000 to replace, per tire.

Calkins also recommends checking the timing belt inside the engine. While many newer vehicles don’t use timing belts, older models need their belts replaced every 60,000 to 90,000 miles. Replacement ranges from $200 to $400, according to AAA, and delaying the replacement can costs thousands of dollars due to internal engine damage.

As for your car battery, Calkins says it should be replaced about every three years. I called a few local AutoZones and the battery for my car ranged from $79.99 to $99.99. Shop around for the best deal. The AutoZone battery comes with a two year replacement warranty and a seven year warranty, where the company will prorate the new battery price for seven years, which may be a hefty discount for you. And get this; the auto shop will install the battery for you FREE of charge. How’s that versus $182?

For more on auto repairs check out:

— The Garage Girl’s Guide to Everything you Need to Know About you Car
— AAA.com
— Auto Repair for Dummies
— Auto Maintenance Checklist

Renita Burns is the editorial assistant at BlackEnterprise.com 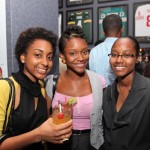 Using ‘Buy Local’ to Your Advantage