The Coronavirus Has Made The Rich, Richer and the Poor, Poorer

People line up at a Queens food pantry during the coronavirus pandemic. (Image: Youtube/@ABC7 New York)

New data from the Federal Reserve show the coronavirus pandemic has helped widen the wealth gap and increase income inequality in the United States.

The coronavirus has exposed stark differences in jobs, education, and income in the U.S. Non-essential workers are paid more, have better educations, and typically work from home. Essential workers, however, are paid less, have not attended or graduated college, are forced to travel to work using public transportation, and interact with strangers who may carry the coronavirus.

According to the data, the top 1% of Americans have a combined net worth of $34.2 trillion, which is equal to one-third (30.4%) of all household wealth in the U.S. Meanwhile the bottom 50% of the U.S. population holds $2.1 trillion combined, less than 2% of all wealth in the U.S.

Forbes noted a recent study by Swiss Bank UBS and PricewaterhouseCoope that revealed income inequality getting worse. According to the study, the total wealth of the world’s 2,189 billionaires soared to a record-high of $10.2 trillion this summer. That smashes the previous record of $8.9 trillion recorded at the end of 2017.

Billionaires in the tech industry have thrived during the pandemic. Elon Musk is leading the pack as he crossed the $100 billion mark in August to become the world’s fifth centibillionaire. Amazon CEO Jeff Bezos also increased his wealth by $65 billion this year alone.

While billionaires watch their wealth increase by the day, millions of Americans are unemployed, forced to wait in long lines for food to feed their families while trying to protect themselves from the coronavirus.

However, the Fed study also has evidence to support income inequality was growing before the coronavirus hit U.S. shores. The data, which goes back to 1989, show over the last 30 years the top 10% of U.S. Homes have seen their wealth increase (from less than 61% of all wealth to 69%). At the same time, the total wealth controlled by the bottom 50% has decreased by nearly 50% (from 3.6% to 1.9%).

The data also show the wealth gap between races in the U.S. is expanding: White Americans hold nearly 85% of the nation’s wealth, versus just 4.1% for Black households. 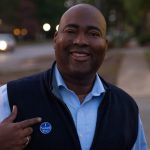 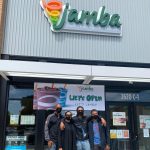