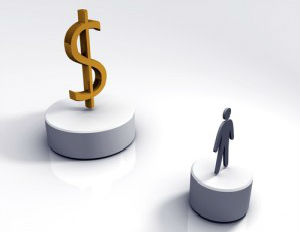 As high earning black households make income gains faster than other groups, it’s interesting to note the wealth dynamics taking place within the black community and the widening wealth gap between the ‘black elite,’ and other African Americans.

[Related: Why Women Should Save Money Differently Than Men]

A study by Credit Suisse Research, and The Heller School for Social Policy and Management at Brandeis University found that:

The study also found that the top 5% of African Americans–those with a median net worth of $739,000, are pulling away from blacks and other groups and are also:

Top earners in the black community also distinguish themselves when it comes to education. “Higher income and higher net worth African American families have been still able and willing to invest in education to a higher extent than the equivalent segments of the white American population,â€ say study researchers.

“With generally fewer inheritances, and less extensive family wealth, the top 5% of African Americans have relied on better education as a way to achieve financial security,â€ they add.

Researchers also find the ‘household make-up’ of wealthy black families to be different from other groups.

The study also found that higher wealth households among blacks and whites are less likely to have children living at home.

How To Apply for Financial Aid Without the Stress