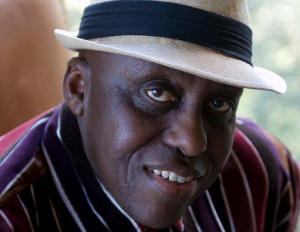 The American Black Film Festival, which takes place in New York City this yearÂ  (June 19-22) will present a master class by the one and only Bill Duke! Bill Duke’s Actors Boot Camp is an intense two-day scene study program where participants learn to shape their performances through hands on direction and supportive critique.

This 10 Facts series focuses on the very talented filmmaker/actor/director.

1. In 1971, he was on Broadway in the Melvin Van Peebles musical “Ain’t Supposed to Die a Natural Death.”

3. He was the executive producer/director of the 1997 movie, “Hoodlum.”

4. Recently received a Lifetime Achievement Tribute from the Directors Guild of America.

6. Duke directed his first feature film with 1991’s crime drama, “A Rage in Harlem,” then the Laurence Fishbourne-helmed, 1992 “Deep Cover.”

8. Duke won an NAACP Award for Special Award for Outstanding Achievement in 1991.