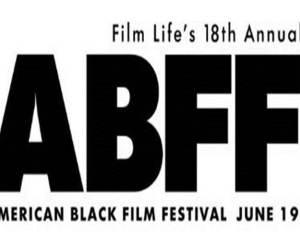 The The American Black Film Festival to be held in New York City June 19-22 is slowly approaching. You’ve already read some of the facts about some of the people involved in the festival this year, but what do you really know about the actual festival?

2. Movie producer, Will Packer, got his start featuring his first widely theatrical film, “Trois,”Â at The ABFF.

3. This is the first time The ABFF is in New York City.

4. The tagline for The ABFF is “Because Hollywouldn’t.â€

5. This year’s ambassador is Morris Chestnut.

6. The first annual festival had a turnout of about 600 attendees.

7. Until 2002, The ABFF was called The Acapulco Black Film Festival.

8. This year’s theme is “Bringing Hollywood to independent filmmaking.â€

9. The ABFF’s film program has provided a platform for more than 700 narrative feature, short and documentary films.

10. Bill Duke, Rob Hardy and Robert Townsend will each teach a 2014 Master Class this year.