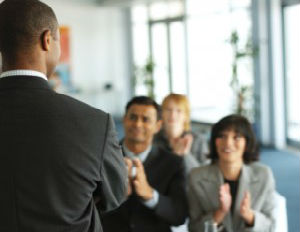 Sure, you may have taken a foreign language class in high school or college, but those days are long gone. While many people say, “I’m too old to learn a foreign language,” others, such as New York nativeÂ John Bowdre, who currently lives in China and speaks fluent Mandarin, prove otherwise. “Originally, I began learning Mandarin through my study-abroad experience at Shanghai University whilst in undergrad at FAMU, said Bowdre. But upon my return to China to start my business, I did not have the time or resources for a class so I depended on self-study and local (Chinese)Â employees to practice. Every day I would ask them (in Mandarin) “how do you say THIS?” or “how do you say THAT?” Day by day, I built my skills through consistent practice by combiningÂ the various words, phrases, and rules.

Whether you’re a frequent international business traveler or an adult looking to advance your skill set, here are three ways to learn a foreign language as an adult.

Immerse yourself in the cultureÂ and interact with native speakers —Â One of the best ways to become fluent in a second languageÂ is to spend some time in a destination or environment that forces you to learn by doing. For example, La Antigua, Guatemala; Barcelona, Spain; and Felipe Carrillo Puerto, MexicoÂ are some of the best destinations to learn Spanish language and culture. If traveling to another country to learn a language is not feasible, search for local immersion programs in your area. Check out the following language-immersion programs:

Learn “Travel Phrases on the Go”Â —Â To get up to speed on a foreign language, download travel phrases on the go. Fodors.com partnered with Living Language to provide a series of quick and easy methods for learning key destination phrases in French, Spanish, Italian, German, Chinese, Japanese, and even Arabic. Living Language.com also has aÂ “Spanish on the Job“ series for law enforcement officers, healthcare workers, and librarians.Â

Practice each dayÂ — Whether you travel to another country to learn a foreign language or plan to download a few apps to help you learn some phrases while on-the-go, consistency is key. Find a partner, watch foreign films, or listen to aÂ foreign radio station so you can learn how to pronounce the words and get a firm grasp on the individual sounds of the language.

Entrepreneur Talks Finding Success by Creating Her Own Dream Job