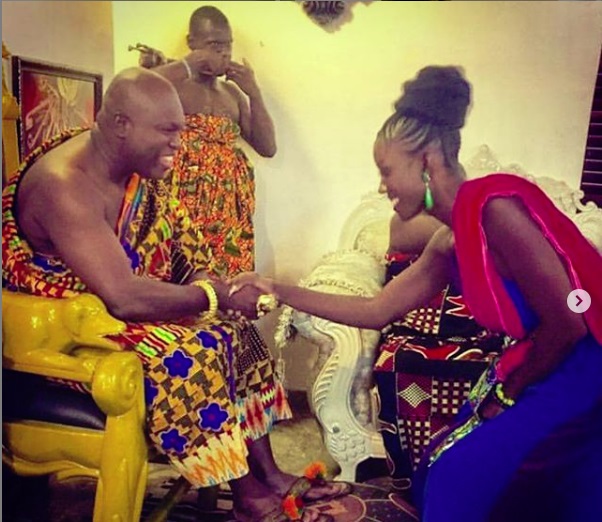 Over the weekend, marketing wunderkind Bozoma Saint John shared a series of social media posts showing her being honored in her homeland of Ghana.

In an Instagram post, Saint John revealed that she was given the ceremonial title of “Odupomma”—which means “Queen (representing the tree bearing the fruits of knowledge, wisdom and courage).”

The conferment was by order of the decree and citation of the King of Akwamu, Odeneho Kwafo Akoto III of the Akan people, on the banks of the Volta River in the Eastern Region of Ghana, Saint John says in her post.

She also expressed her feelings about receiving the honor, “I am exceedingly proud of this great honor, and will do my best to uphold the respect of our people as I represent us in the diaspora.”

She also gave a nod to actor and martial artist Michael Jai White who was given the title “Odupong” which means “King: The tree with strong roots that does not fear the storm,” congratulating him on Instagram.

Odeneho Kwafo Akoto III is king of the Akwamu people of Ghana. “The Awkamus are noted for their courage and their role in seizing the Christiansborg castle from the Danes,” said Akwasi Agyeman, CEO, Ghana Tourism Authority, to Black Enterprise.

“The ceremonial title “Odupomma” conferred on Bozoma is a recognition for her courage and knowledge and is significant for Ghana at this time when we have declared 2019 as a year of return and urging the global African family to make the spiritual and birthright journey back home,” said Agyeman.

“Her role together with Boris Kodjoe in rallying Hollywood stars to make the full circle journey back is significant.”

Saint John and Kodjoe were in Accra, Ghana, for the Full Circle Festival which Madam Noire describes as an event “honoring ancestry through celebrating legacy and heritage.”

During her trip, she also met with Ghana’s president, Nana Akufo-Addo.

Known for her marketing work at some of the world’s largest companies including PepsiCo, Beats, Apple, Uber, and currently Endeavor, Saint John is slated to star in her own documentary series on Starz Network, Being Badass—an ode to her nickname. 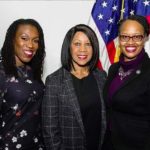