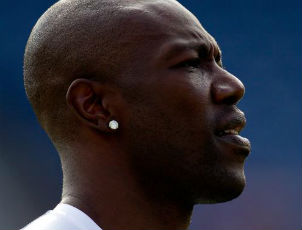 Former pro football player Terrell Owens will be on the season premiere episode of Iyanla’s ‘Fix My Life’. The episode will be featured on OWN on Nov 2nd.

In the sneak peek that can be seen at Uptown Magazine you see Terrell speaking with Iyanla and becoming emotional, even shedding a few tears.

In the sneak peek you see him tell Iyanla that he feels alone. He even says: “I know there were times when on the outside looking in people thought I was at my happiest or at my best but when I went home I was sad,â€ he admits. “I was lonely.â€