Nas Wiki: 10 Facts About the Rapper 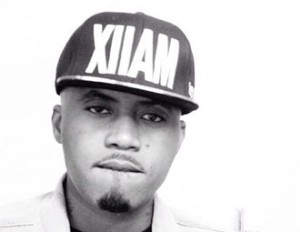 As the documentary Time is Illmatic is making its rounds, here are 10 facts you may not have known about Nasir Jones aka Nas, as he celebrates the 20th anniversary of his debut album, Illmatic.

2. The rapper was nominated for a Grammy 13 times.

4. He represents Queensbridge, New York, but was born in Crown Heights, a neighborhood in Brooklyn, New York.

5. He was introduced to the hip-hop world as Nasty Nas, but his first moniker was Kid Wave.

Nas Partners With Koru to Assist College Grads With Employment

6. In July 2013, Harvard University established the Nasir Jones Hip-Hop Fellowship, which will serve to fund scholars and artists who show potential and creativity in the arts in connection to hip-hop.

7. Nas is an investor and associate publisher of Mass Appeal.

8. He is part Nigerian. His jazz musician father, Olu Dara, is of Yoruba descent.

10. In May of this year, Nas partnered with job placement startup Koru to fund a scholarship for 10 college graduates to go through Koru’s training program.

The Business of Marijuana and Wall Street

A Plunge into the Film Writer’s Life