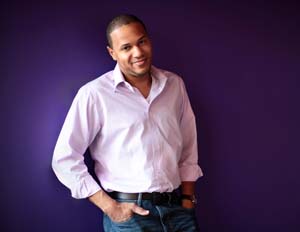 Picture this: Just as your own company was beginning to burgeon, other startups like Tumblr, Evernote and Instagram were signing on as your clients. Pretty fantastic, huh? That was the case for Don Charlton, CEO of Jazz (formerly The Resumator), a performance and recruiting software solution for small and now large enterprises. While it sounds like a dream come true, in the beginning it actually was a growing pain.

“Jazz can be credited as the first company that gave startups the power to recruit. But whenever you are a pioneer in the market, you don’t have a company to model yourself after. There are no lessons to be learned; no one to show you how to attack a market. You are the canary in the mine shaft,â€ he recalls.

Although Tumblr, Evernote, Instagram, Dropbox, Major League Baseball and AL Jazeera were customers–some all the way up until they were bought–Jazz unfortunately didn’t prioritize their business and they fell victim to Jazz’s “identity crisis” period. “We were trying to bring on hundreds of small businesses not realizing that we had [high growth] tech startups as clients.â€

But the challenge of being a pioneer didn’t stop him for long. When Charlton launched Jazz, he was a Web designer who didn’t have any experience in workforce development or human resources. His lack of experience was actually a benefit as his project-based way of addressing clients allowed him to be industry agnostic and discover digital solutions for recruiting talent that weren’t available for small and mid-sized businesses.

“There are a lot of features that are now mission-critical and industry standard in recruiting software that our company invented. Before we launched The Resumator, the types of companies using recruiting software were large enterprises. They were paying thousands of dollars per month. As a result, smaller companies weren’t attracting the best talent,â€ he explains. “That made it easy to sell our product, which made it affordable for anyone to post a job online. We had our first customer after 30 days.â€

7 Reasons Why Kids Drop Out of School