I Tasted the Future of Food...and It's Bugs - Black Enterprise 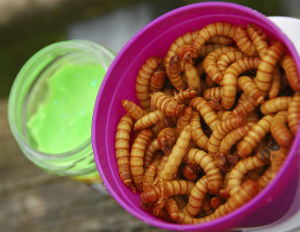 Last weekend, the Food Loves Tech expo featured dozens of companies using technology and future-forward concepts such as sustainability to create really innovative food products and services. One of the big pushes at the expo was the idea of insects as food.

Bugs were in fact, big at the event.

My first ever intentional consumption of insects was at the booth of Home Grown Cricket Farm. The company makes a do-it-yourself cricket farm kit that is targeted to urban farmers. The idea is to give individuals a way to grow their own protein at home.

A plate of dried crickets was at the center of the booth. The insects were fully intact–legs and antennae attached. 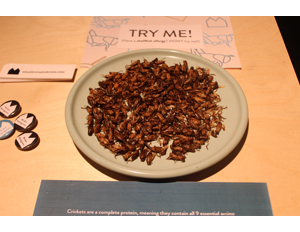 I grabbed a couple and just popped them into my mouth. Crunchy and lightly salted, they had a slight nutty flavor–somewhere between a rice cracker and popcorn. However, I didn’t like the fact that the legs and antennae got stuck between my teeth.

Next, I moved to an exhibit booth occupied by One Hop Kitchen. The Canadian-based startup is on a mission to promote insects as sources of protein by making pasta sauces. The company offers a bolognese sauce made from crickets and the other from mealworms–fat, meaty beetle larva. The cricket bolognese was my favorite, actually. It had a flavor reminiscent of pine nuts added to tomato sauce and was tastier than the store-bought.

The mealworm sauce tasted a lot like sauce made with ground beef. I’ve been a vegetarian for over two decades and it actually tasted a little too much like red meat for my taste, which for carnivores is probably a good thing.

With virtually no fat, high nutrition, lots of protein, and no significant impact on the environment, insects are seriously being promoted as the future of food.

The 6 Core Skills Your Child Needs to Succeed

The Most Powerful Meeting You Can Ever Have