David Martin was cooking up what was perhaps the meal of his life.

Inside an Atlanta hotel, the president and CEO of Home Style Foods L.L.C. wanted to impress a delegation of Brazilian businesspeople brought to the U.S. in 2008 to identify American producers of food products. Home Style Foods, an Atlanta-based processor and distributor of turkey, pork, and chicken sausages, has had a local following since the business opened in the mid-1990s, but Martin felt the best way to take the business to the next stage was to look beyond U.S. shores.

Home Style Foods’ products are sold mostly in the Southeast and can be found in chain grocers, including certain Kroger, Food Lion, Giant, and Walmart stores, as well as independent grocers. Best known for its Southern Style Premium Smoked Sausage, the company posted revenues around the $2 million mark in 2009. But Martin believes he can do better. “I looked at the [revenues], and looked at the number of people who are meat eaters and looking for quality products beyond our borders,â€ he says.

Through the Southern United States Trade Association, Martin participated in the trade mission to meet the Brazilian delegation. SUSTA is a nonprofit agricultural export trade development association made up of the agriculture departments of 15 southern states and Puerto Rico. With the delegation came representatives from retail giant Wal-Mart Stores Inc., whose 400-plus Walmarts in Brazil would serve as Home Style Foods’ pathway into the country. A lot of potential business was resting on the critique of the delegation. After all, Brazil has one of the largest economies in the world, and a sizable population. Though Home Style seeks to appeal to a broad population, the hope was that the Southern-style smoked flavor of the sausages would resonate with black South American palates.

Martin’s team cooked up Home Style Foods’ hot and mild pork sausages. “We also showed [the Brazilian delegation] the chicken and turkey sausage and one said, ‘I like all of them,’â€ Martin recalls. As a result, the company is working with the Ministry of Agriculture, Livestock and Food Supply (Brazil’s equivalent of the U.S. Food and Drug Administration) and is in the preliminary stages of exporting products to Brazil. Since Home Style Foods doesn’t own the facility where the sausages are made (they own the recipe and outsource the manufacturing), they have to coordinate with the Brazilian government and a processor based in Alabama. Once that’s done, the actual sausage products must be registered in Brazil before hitting the shelves. Martin, who is 57, expects the sausages to hit the Brazilian marketplace in March or April 2011 and increase the company’s sales by 40% to 50%.

Home Style Foods is just one U.S.-based company that has realized the benefits of tapping into the global marketplace. In 2009, American companies exported about $1.05 trillion in goods. And with President Obama’s National Export Initiative pushing government agencies to provide access to foreign markets for small and midsize businesses, there are a host of resources available for entrepreneurs looking to venture overseas.

Proceed With Caution
While exporting opens up new markets for a product or service, there are many things to keep in mind–particularly for smaller enterprises that might lack access to attorneys versed in international law and tariffs. Potential exporters can learn about these and other issues from government-related websites (see sidebar). Martin’s advice is to consider how costs such as freight, insurance, duties, tariffs, and taxes will affect your product. If those factors raise the price to the point where local residents can’t afford the purchase, it’s not a fit. “A product that’s selling at $3.99 here might be $6 a pack in Brazil because of the cost of freight and insurance, as well as any tariffs or taxes,â€ he says. “We looked at going into Barbados, but the product would cost $8 a pack because of the tariffs that they would put on it.â€

Jim Paul, director of the U.S. Commercial Service’s Boston office advises entrepreneurs to focus on specific countries where opportunities are. “Target just a couple of markets to start, and really zero in on those and try to penetrate those markets well,â€ he suggests. “Companies can get overwhelmed if they don’t have the resources to deal with incoming orders and keeping in touch with distributors and other partners, so it’s critical to have a smaller market target initially.â€

Paul also advises potential exporters to:
– Know the market. Thorough market research is a key to success. Understanding your export markets will give you vital information about how to manage your efforts. One approach is finding countries with the largest and fastest-growing markets for your product. Determine the best distribution method for your product or service. Understand in-country regulations and licenses that apply to your products. Consider how you might have to adapt your products or services for the target market.

– Know your customer. Determine product modifications based on consumer preferences, market environment, trade barriers, etc. Calculate the optimal pricing and factor in the local and foreign competition. Create a sales and promotional action plan that considers the local culture and business environment.

– Know your competitive advantage. Research the activities of in-country and foreign competitors. Innovation is an important factor in creating advantages for competing in the global economy. Keep in mind that not only are your products or services competing against others, but your supply-chain network must run smoothly as well.

– Know the best way to reach prospective customers. Then adapt to the local environment. This can be as simple as translating your marketing materials, Paul says, “or having a local representative who speaks the language and will know the best practices in terms of the cultural differences there might be within that particular country and really be in tune with the local environment.â€

– Build and maintain relationships. A big component is being able to visit the market, meet the individual or the company with which you’ll be doing business, and see their facility firsthand. You should really get to know the individual or company because that helps build mutual trust, Paul advises. James E. Wallace Sr. started Monnex Precision Inc. in 1985 as a trading company doing business primarily in South Korea. It made good sense at the time. Low labor costs attracted major global electronics manufacturers, all of whom needed suppliers. Wheeling, Illinois-based Monnex was able to generate income by serving as the middleman between the electronics companies and component manufacturers. Monnex would identify a potential customer’s supply needs, negotiate an agreement with a local component manufacturer, and in turn sell those devices to big names such as Motorola to whom the company provided several components for the Razr line of mobile phones.

Business wasn’t bad. During 2003—2004, Monnex’s revenues reached nearly $40 million with $7 million of that from Motorola alone. But Monnex was getting a lot of requests for metal products to support South Korea’s growing automotive manufacturing industry. “So that drove us to establish an assembly facility in South Korea because the labor costs enabled us to compete,â€ recalls Wallace.

Wallace and his team invested the U.S. equivalent of $250,000 to acquire a small manufacturer in South Korea so they could produce die-cast moldings. In addition to South Korea, the company now operates in China. With clients that include Ford, Navistar International Corp., Siemens, and Schneider Electric, Monnex generated more than $20 million in sales in 2009.

The 65-year-old Wallace says small business owners looking to export must market themselves as well as their product or service. “Most business opportunities operate on a global stage, and one must truly have a sound knowledge of his or her area of interest and learn how to compete on that stage,â€ he says.

Wallace also offers the following advice:
– Make sure the business is fully certified. “Get your minority certification intact and, if possible, even the federal certification,â€ Wallace says, adding that not having those credentials domestically is one of the quickest ways to miss an opportunity.

– Find a solid partner. Establish solid contacts or representatives with a proven background and expertise in the country you plan to do business in as well as your industry.

– Be prepared to travel regularly when starting out. Face-to-face meetings work better than e-mail, online meetings, or other forms of remote communication, Wallace says. “If the contact or representative is sincere in establishing an honest business relationship they, too, will be willing to come to the U.S. and continue discussions.â€

With 95% of the world’s consumers living outside the U.S., and economies overseas expanding faster than the U.S. economy, Davis and Wallace understand that in order to succeed in business, it’s becoming necessary to tap into the global market.Â Â Â 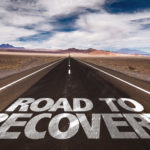