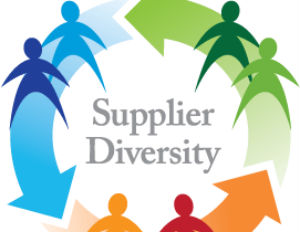 Black Enterprise Magazine Editor-in-Chief Derek T. Dingle led an insightful panel for Minority Enterprise Development Week (better known as MEDWeek and presented by the Minority Business Development Agency) at the Omni Shoreham Hotel in Washington, D.C. this morning. “Energizing the American Economy with Minority Business Enterprises” was the opening session for MEDWeek, which was kicked-off with a White House reception yesterday, and followed a keynote address from Earvin “Magic” Johnson, CEO of Magic Johnson Enterprises.

Key takeaways from the session for entrepreneurs looking to position themselves as corporate suppliers:

Avoid prematurely taking on excess overhead expenses. For example, instead of taking on the overhead of building your own manufacturing facility to attain scale, James explains, Agri-Tech found an established manufacturing partner, Kusters Zima Corporation, to partner with. Not only did this help Agri-Tech avoid unnecessary overhead, it helped his company to gain access to European markets, as Kusters Zima, based in Spartanburg, S.C., is German-owned.

Choose your partners carefully. Agri-Tech interviewed potential partners for six months, looking for a match in capabilities as well as cultures, before teaming up with Kusters Zima. “They were looking for a way to transition into a new economy,” says James. “We had a common desire to both make money and make a difference in our communities.”

Making the Right Moves on the Net