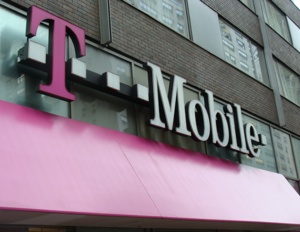 John Legere had some choice expletives for his competition, AT&T and Verizon. To put it mildly, he thinks they don't care about customers like he does.

T-Mobile is going to start treating your data a lot more like rollover minutes.

In its Uncarrier 8.0 announcement today the wireless US carrier introduced Data Stash, the company’s name for data rollover.

Like rollover minutes, data rollover allows you to keep your unused data for use for up to one year. Data saved from March, for example, if unused, stays with you until next March.

“That data is rightfully yours,â€ said John Legere, CEO of T-Mobile. “And, we’re putting an end to this appalling industry practice today. With Data Stash, when you buy additional high-speed data, there’s no need to lose what you don’t use.â€

Legere has a history of positioning T-Mobile as a carrier that caters to consumer interests, framing the competition as companies more concerned with profits rather than consumer satisfaction.

Data Stash will launch January 2015, free of charge to every T-Mobile customer.

Gift Spending in the Millions for CFP, and College Bowl Games