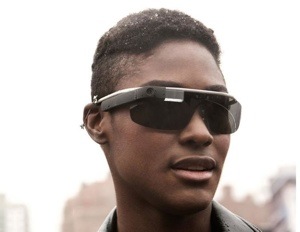 Google Glass is the company's first foray into wearable tech, but it wants to standardize how the rest of the world interacts with Android.

At South By Southwest (SXSW) in Austin, Texas, Google’s Senior Vice President of Android and Chrome, Sundar Pichai, announced the upcoming release of a Google SDK for wearable devices. The developer kit would let manufacturers get their devices running and communicating with Android “at a platform level,” according to The Verge.

Pichai downplayed Google’s involvement in hardware creation specifically, and insisted the company was going to “focus on the platform and the APIs.”

Google wants to make it easier for devices to communicate to Android smartphones with a standard that will work across devices, and potentially convince device makers to use Android in their devices.

Pichai’s denial of Google entering the hardware creation business should be taken with a grain of salt, however. The company does make Google Glass, after all, and there are rumors about Google smart watch designed by LG, according to the Wall Street Journal.

While that sort of collaboration doesn’t make Google a real hardware manufacturer like Apple, it doesn’t completely derail the idea that with enough time they could potentially enter the wearable device space on their own.

Outsourcing the creation of wearable hardware looks like a smart move, considering all the projects under Google’s belt at the moment.

With Project Tango, its world-mapping smartphone, the modular smartphone Project Ara, and Google Glass and its popularity issues, the search giant has a lot to handle.

Of course, while the SDK will help standardize how devices like fitness gadgets and and smart watches interact with Android, those are only a small subset of the devices Google’s SDK wants to inspire. “I think we’re just scratching the surface,” said Pichai.