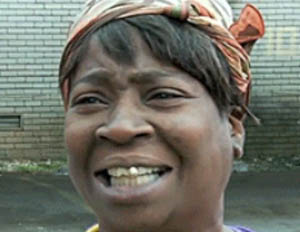 While Internet sensation Sweet Brown is best known for her “Ain’t nobody got time for that” mantra, she certainly has time to file lawsuits for using her voice and likeness without her consent.

According to court documents, Sweet Brown is suing Apple, a radio program called The Bob Rivers Show, and other parties for unauthorized use of her likeness. The basis for the lawsuit stems from a song called “I Got Bronchitis” that was created using soundbites from a Sweet Brown interview with a local TV news station–an interview that went viral online and made her an Internet celebrity overnight.

Many of Sweet Brown’s quotes such as “Ain’t nobody got time for that,” and “Lord, Jesus it’s a fire” were used in the song that was played on The Bob Rivers Show, which Sweet Brown is claiming falsely advertised that it got her consent. The song is also being sold on iTunes.

The suit was first filed in the District Court of Oklahoma in June 2012, which sought a total of $15 million from defendants.