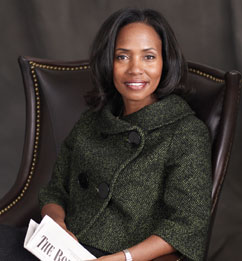 Suzanne Shank, CEO of Siebert Brandford Shank & Co. LLC (No. 2 in tax-exempt securities with $7.09 billion in lead issues on the BE Investment Banks list) was appointed acting CEO of Siebert Financial Corporation. Shank is perhaps the first African American woman to be appointed to head a publicly traded financial services institution.

Siebert Financial Corp., which trades on the NASDAQ under the symbol SIEB, is a publicly traded holding company for Muriel Siebert & Co. Inc., a discount broker/dealer and institutional investment bank.

“I think the board knows how I operate. They know I focus on profitability, run a lean shop, and they’d like me to come in and help build a solid strategy at Muriel Siebert & Co.,â€ says Shank.

The appointment follows the death last month of founder Muriel F. “Mickieâ€ Siebert, an icon of Wall Street who was the first woman to own a seat on the New York Stock Exchange and a champion for diversity on Wall Street, using her notoriety to fight for a larger presence of women and minorities in the financial industry. Siebert was also a partner in Siebert Brandford Shank & Co., investing some $392,000 in the firm back in 1996.

“I have a wonderful team that I have built over the years that manages each major segment of the firm,â€ says Shank, who was named to BE‘s Most Powerful Blacks on Wall Street. “I feel very comfortable about the leadership team I’ve built at Siebert Brandford Shank, and I was very honored to be asked to take this role.â€

Among the first tasks for the 25-year Wall Street veteran will be to evaluate business lines, costs and minimize expenses.

While this is a milestone for African American women in finance, Shank points out that the ranks of women on Wall Street have declined since the financial crisis.

“I don’t know any woman heading any department in the public space, for example,â€ she says. “It is distressing, so it makes it more significant, the loss of Mickie. So we just hope her legacy continues.â€