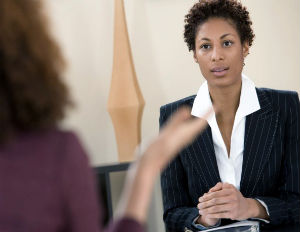 If you’re a job hopper, you may have been a bit worried about marketing yourself to prospective employers. Will they judge the fact that you’ve changed gigs every few years or maybe even every few months? Will you have to explain yet again why you have such a diverse resume of experiences only to be met with a few looks of skepticism?

Well, a recent survey has found that job-hopping might not be deemed as taboo as before. CareerBuilder found that more than half (55%) of employers have hired a job-hopper and nearly one-third (32%) said they have come to expect workers to job-hop.

“More workers are pursuing opportunities with various companies to expose themselves to a wider range of experiences, build their skill sets, or take a step up the ladder in pay or title,â€ says Rosemary Haefner, vice president of Human Resources at CareerBuilder.

By age 35, 25% of workers have held five or more different jobs or more, compared with 20% of workers ages 55 and older who have held 10 or more jobs.

As workers get older, there’s less understanding in terms of job hopping. Forty-one percent of employers surveyed said that job-hopping becomes less acceptable when a worker reaches his/her early to mid-30s (ages 30 or 35).

Employers also expect a higher rate of job-hopping among younger workers who are recent graduates. Nearly half (45%) of employers surveyed said they expect the new hire to stay with the organization for two years or less, while more than one in four (27%) expect new college grads to stay five years or longer.

When all is said and done, sometimes it’s less about the amount of time spent, but what you were able to accomplish while taking on a particular role. “While building up a wealth of experience is a good thing, make sure that you’re staying with a company long enough to make an impact and provide a return on the investment they’ve made in you,” Haefner adds. Employers may be more understanding of job-hopping today, but most employers are still more likely to hire the candidate who has a pattern of longer tenure with organizations.â€