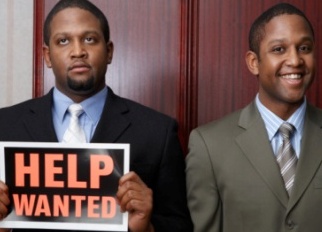 According to recent CareerBuilder findings, 30% of workers who were previously employed full time and who have been out of work for 12 months or longer said they haven’t had a single job interview since they became unemployed. Â A number of these workers reported losing their homes, struggling to feed their families and having to turn to their parents to supplement income.

“There are many talented people in the U.S. who are having a tough time finding a job—not because of a lack of ability, but because of ongoing challenges in the economy,â€ said Rosemary Haefner, vice president of human resources at CareerBuilder. “While our study explores the struggles they are facing, it also brings to light the resilience of these workers who remain optimistic, look for jobs every day and take measures to learn new skill sets to open the doors to new opportunities.â€

Check out a few other eye-opening observations:

– One in four have not had enough money for food; one in ten have lost their homes
– 11 percent relying on parents for income
– 30 percent haven’t been on any job interviews in the last 12 months
– Nearly half said their skills have depreciated

Effects of Long-term Unemployment
The loss of a regular income has affected the long-term unemployed in various ways from accelerated credit debt to downsizing to tense relationships:
25 PERCENT: Not having enough money for food —
25 PERCENT: Strained relationships with family and friends
12 PERCENT: Maxed out credit cards to pay other bills
10 PERCENT: Losing their house or apartment due to the inability to pay the mortgage or rent