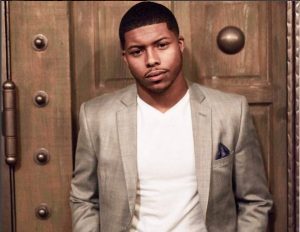 On Tuesday (April 4), news of Suge Knight’s reported testimony of the two individuals responsible for the murder of hip-hop legend Tupactook fans by shocking surprise.

But while sources claimed the confession was reportedly found on a signed affidavit, Suge’s 21-year-old son,Â Suge Jacob Knight, believes there’s a deceptive scandal at play instead.

Reposting Baller Alert’s coverage of Knight’s reported revelation with a red “Falseâ€ stamp across the post, Suge Jacob called the newfound testimony a publicity stunt. In fact, he believes the very people who attempted the “fake newsâ€ are the same ones who are gunning to keep his father behind bars, he continued.

“This is [a] terrible publicity stunt and these are the same ones that want to keep my father locked up,â€ he said. “[Trying to profit off of my dad’s] life is sick and he deserves his rights and freedom! They never mentioned him getting shot back then, now they say this?â€

Previously, Suge Jacob spoke with BET.com about the unfair treatment and dangerous conditions his father is currently undergoing while in jail awaiting a murder trial also. He spoke to his belief during the interview that many lies and fabrications have been concocted to taint his father’s legacy, he said in the interview, further explaining his rejection of Knight’s alleged affidavit revealing Pac’s murderers. In a separate post, he also mentioned the relationship that the Death Row Records CEO had with Pac, suggesting that if he knew what would come of that fateful night of September 7, 1996, he would have made sure Pac was protected.

“My father was the big protective brother of Pac,â€ he wrote. “If he knew anybody was after him he wouldn’t have Pac with him in the first place. These rumors are selfish and it’s unnecessary. When you look who is trying to profit off of causing chaos in my family it’s somebody who doesn’t know nor care about my family. Fake news will never get attention but people will stop trying to make a quick dollar off my family, especially off lies.â€

See his defense of his father in the posts below.

This article was written byÂ Diamond Alexis and originally appeared on BET.com.

Artist Gianni Lee Speaks on the Business of Creating Art