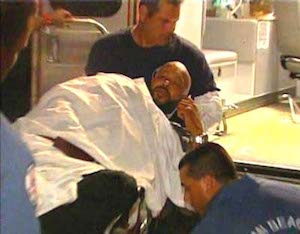 Yesterday, Jan. 29, Marion ‘Suge’ Knight was arrested following a deadly car crash. According to reports, the rap mogul was formally taken into custody on murder charges, with bail set at $2 million. The fatal incident occurred in Compton, Calif.

Knight was allegedly behind the wheel that left one man dead and another severely injured. His attorneyÂ told KABC that he was attacked by the men and as he was driving away to escape the altercation he hit one of the men, striking him dead, and leaving the other injured. Homicide detectives and authorities interviewed Knight as a main suspect in the hit-and-run case, following eyewitness accounts identifying him as the driver of the red Ford F-150 Raptor.

Knight is no stranger to media headlines and being involved in controversy, as he himself was injured during a shooting at the pre-MTV Video Music Awards party in August. He was also shot at a Kanye West’s pre-VMAs party in 2005, and is infamously linked to Tupac Shakur’s death in 1996. The Death Row Records founder was a major force of the hip-hop scene during the 1990s. His attorney is claiming that the situation was unintentional, but whether he will be found guilty or not is yet to be seen.

What do you think? Share your thoughts with us below. 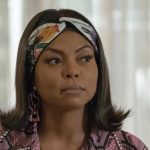