Top 10 States Where African Americans Are the Most Politically Engaged 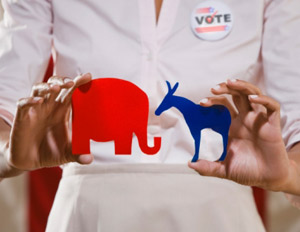 A recent WalletHub analysis evaluated 48 states across six key metrics to find out those with the highest political engagements among African Americans. The metrics include black voter turnout and registration during the most recent midterm and presidential elections as well as the proportional representation of blacks in the state legislature and national party conventions.

Mississippi had the highest black voter turnout during the 2012 presidential election, at almost 82.4% voters, which was three times greater than in Alaska, the state with the lowest (30%).

Louisiana had the highest black voter turnout during the 2014 midterm elections at 51.55% voters, which was four times greater than in West Virginia, the state with the lowest (12.20%).

Mississippi also had the highest black voter registration during the 2014 midterm elections, with 83.20% registrants, which was three times greater than in North Dakota, the state with the lowest at 33.33% registrants.

Twenty-six states, including Arizona, Massachusetts, and Washington, currently have no black representatives, while Utah has the most.

Oregon has the highest percentage of black delegates per total delegates in national party conventions, 14 times greater than in Rhode Island, the state with the lowest.

States Where Blacks Are Most Politically Engaged

Experts’ insights on black voter turnout and their political engagement were included in WalletHub’s research.

On low voter turnout in some states among African Americans:

“Overall, we see a crisis of faith in American institutions–from the church to our educational systems to business organizations,” said Ricky L. Jones, founding director of the Center on Race and Inequality at University of Louisiana. “This includes politicians and political systems. So it makes sense that voter turnout is low in our country. It’s also important to note that low voter turnout is not a uniquely African American phenomenon–it is an American one, especially for midterm, local, and often state elections.”

On engaging the black voter and the community’s voting habits:Â

“The most effective strategies for political engagement and participation are really about issues that are important to black voters, combined with strong voter registration drives and candidates who care about the same issues,” Marne L. Campbell, assistant professor of African American studies at Loyola Marymount University. “Black voters are not single-issue voters, so they are very much concerned with the same things everyone else is. They are also interested in candidates who have those interests in mind–it could be about race, the economy, healthcare, fair wages/equal pay, education etc.”