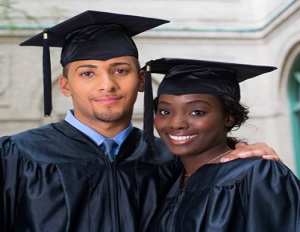 Cries over student loan debt and a tough job market has made many people question whether college is even worth the investment. But a new report titled The Economy Goes to College published by Georgetown University’s Center on Education and the Workforce shows that job opportunities for college graduates have never been greater.

The report found that from 1967 to 2007, the share of high-skill professional jobs rose 14 percent, while opportunities for low-skilled workers fell 10 percent. Using data from the U.S. Census Bureau for the Bureau of Labor Statistics and the U.S. Bureau of Economic Analysis, the report also proved that low-skill labor roles such as fast-food servers and retail workers now makeup only 29 percent of jobs.

[Related: What Are Your Odds of Finding a Nursing Job in Maine?]

“The increasing technological sophistication of our economy has only increased the demand for educated workers who can utilize that technology,” said authors of the report Anthony Carnevale and Stephen Rose. “As employers have bid up the price for college-educated workers, the real wages of high school-educated workers have fallen.”

The research shows that the college wage premium, which is the difference in pay between college and high school educated workers, has spiked over the last few decades. In 1973, the difference for men was 38 percent, and by 2007 it had increased to 82 percent. The scenario was similar for women, with college wage premium having rose from 50 percent to 75 percent over the same time period. According to the report, the U.S. economy’s fastest growing sectors are business services, finance, healthcare and education, all of which have improved the value of education and training needed for American workers.

“It is time to recognize that the transition from an industrial to a post-industrial economy has resulted in a shift away from an economy rooted in high school-level skills to an economy anchored in postsecondary education and training,” Carnevale and Rose said.

Check out the graph below showing the college wage premium for men and women between 1973 and 2007 and click here to read the rest of the report findings. Speaking of Coachella: 3 More Events You Don’t Want to Miss