The Struggle Continues for Women to Become CEOs 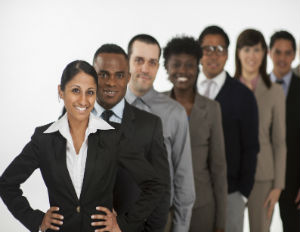 A recent study released by Strategy&, the consulting division of PricewaterhouseCoopers, found that just one of the 87 new CEOs appointed to lead the largest companies in the U.S. or Canada in 2015 was a woman.

That’s right, Andrea Greenberg, who runs MSG Networks Inc., was the only female promoted to a CEO position last year.

[Related: Are Minorities Penalized for Promoting Diversity in the Workplace?]

According to the analysis of 2,500 global companies, women accounted for just 2.8% of the new chief executive positions around the world last year. This means that just 10 of 359 incoming CEOs in the class of 2015 were women, which is the lowest since 2011.

Last year, 22% of the companies surveyed brought in outside CEOs, which is a boost from previous years. While female CEOs are more often hired from outside their company than male CEOs, according to the study, there is still a clear gap in promoting women to the executive level.

“That women CEOs are more often hired from the outside may be an indication that companies have not been cultivating enough female senior executives in-house,” said DeAnne Aguirre, who is an adviser to executives on talent and culture with Strategy& and a principal with PwC U.S. “One of the reasons why women may be more likely to be outsiders is that their development is not being recognized within their own organization, and therefore they may be more likely to be attracted away. The fact that more companies are considering outsiders might improve the chances for women CEOs in the future.”

With women accounting for just 4%Â of CEO spots on the S&P 500 list, and with just 19%Â of those companies having female board members, it’s going to take more than outside hiring to boost female representation globally and in corporate America.

Entrepreneurs Summit Day 1: And So It Begins