Stevie Wonder Expands 'Songs in the Key of Life' Tour 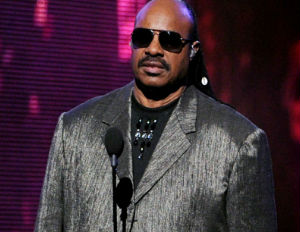 Stevie Wonder has added 20 new North American dates to his Songs in the Key of Life Performance Tour, according to reports, starting from Sept. 30 in Montreal to Nov. 24 in New York City’s Madison Square Garden.

Watch more on the tour below:

The performances were added as a result of high demand, after the initial 2014 tour and a March 2015 extension.

On Aug. 17, the 65-year-old entertainer joined singer Jazmine Sullivan on stage in Philadelphia to tout the tour.

“Hello, Philadelphia, I’m so happy to be here,” Philly.com reports the singer said, after arriving from Washington. “It’s all about love… And I truly believe that love is in need of love today,” referring to one of the album’s signature songs. “We truly are in need of getting things right. There are so many things that we read about, that people talk about, that need to be fixed, not just in this country, but on this planet. Negativity breeds negativity. We can’t go out like that.”