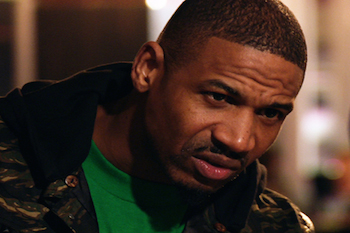 If he’s too busy balling in front of millions of viewers, it may be hard for Stevie J to pay attention to his mail.

The “Love & Hip-Hop: Atlanta” personality was recently arrested by authorities after being notified of owing a million-dollar child support debt. TMZ was on-hand to film the reality TV star going to jail.

As you can see in the video below, Stevie J was arrested by authorities in his Georgia home. While he may post bail soon, he still has to deal with criminal charges in New York City.

Unfortunately your browser does not support IFrames.

How do you feel about Stevie J’s child support woes?! Speak on it below!

A Peek Inside Presidential Finances