On Episode 3 of Steve Harvey’s Funderdome, Mike Bradford from Texas pitched his product, the Wonderffle Waffle Iron. Hosted by Steve Harvey, entrepreneurs pitch in a head-to-head competition to “The Funderdome” (a live studio audience) for the chance to win up to $100K in capital. The pitch that gets the most votes wins the money. Before the winner is announced, both competitors get the chance to “cash out” for a lower sum of money.

Brandon Andrews of Values Partnerships sat down with Mike after the show.

My first encounter with a plate of chicken and waffles became the genesis of Wonderffle. Growing up, that wasn’t a dish that I was too familiar with. In fact, I thought it was a silly concept. To me, waffles were only for breakfast and fried chicken was for only for lunch or dinner. One day, while at lunch with co-workers, though, I saw them for the first time in real life. Just seeing that plate of waffles covered with a big slab of syrup-drizzled fried chicken got me thinking of the state of waffles in this world. Waffles just hadn’t kept up with our busy lifestyles. You can’t eat them on the go without making a mess unless you’re eating a plain waffle—and that’s no fun.

So first thing I did was to look for a better waffle maker. After a pretty thorough search, I decided to use my engineering background to build my own. Three years later, I introduced my invention to the public.

Why is this a better way to make waffles?

Bradford: Oh, I could go on about this all day. Well, first of all, they’re not just waffles. I like to think of it as a meal in a waffle. It’s rare that one eats a waffle by itself. It’s usually accompanied by some other staple. But a waffle meal isn’t easily eaten apart from sitting down at the table with a knife and fork. That just doesn’t lend itself to most folks’ busy lifestyles where we often find ourselves eating on the go. This device is not meant to help you slow down, but it will let you take your favorite waffle meal with you on the go with you.

Not only does it make a superior waffle, the device has plenty of stand-out features. There’s almost no appliance I hate cleaning more than my conventional waffle maker. They’re just so bulky, it’s hard to get into those grooves with my cleaning utensil. The Wonderffle Stuffed Waffle Iron is small and modular. It easily comes apart so that you can clean it right in your sink.

Its small size allows it be easily stowed away in your cabinets. Don’t we all have enough stuff taking up counter space? And it’s made almost entirely from durable metal, so like those old-school waffle makers, it’s built to last.

Lastly, it’s cordless. You can cook on the stovetop, the oven, or even on the outdoor grill. I think it’s a great device to make meals for your family at home or at your next reunion.

Your pitch on the show was stuffed with enthusiasm. How did you feel pitching your business in the Funderdome?

Pitching The Wonderffle Stuffed Waffle Iron to the studio audience was definitely one of the most exhilarating experiences so far for me. There was just so much energy in the crowd. That guy who yelled out, “Put some more chicken in that!” that wasn’t staged. I was up there giving my pitch and it was all I could do to keep my composure. And there were several other fun moments like that that didn’t make it on the air.

I remember sitting in my dressing room before going on stage and my producers kept coming in to tell me how hype the crowd was. They kept reminding me to “bring the energy.”

Besides, it just came naturally to me to address the audience that way. I was determined to above all go out there and have fun and represent myself and my product well. It’s hard to take oneself too seriously when talking about stuffed waffles. Plus, with Steve Harvey as the host, you know the atmosphere is going to be off the chain. Personally, I’m pretty measured and reserved, but I knew that a big part of my job out there was to win the crowd over. Ultimately, I want people to be excited about my product, but I don’t want my naturally dull personality to quench that excitement.

Well, there’s always the temptation to take the sure money. As Steve says on the show, “Some money is better than no money.” But there were two reasons why I decided not to cash out. First, my product is not out on the market yet, unlike my competitor’s. So this was in some ways a bit of market research. If the audience didn’t choose my product, I was going to consider that to mean it isn’t compelling enough to continue. A device like this requires a lot of capital. Even though I won $50,000, it would take substantially more than that for me to get this mass produced. So if I had cashed out, it would have signaled to the viewers that I was still willing to go through with production and I would have had to get that much more funding. Second, I was just following the audience’s lead. Every time I moved my hand anywhere near that cash out button, I could hear folks screaming, “Nooooooo!” So I just trusted that the majority really did vote for my product and I wasn’t just hearing a few maniacal voices closest to me!

Give us a post-show update. How do you plan to grow your business in 2017?

My primary focus right now is getting the product manufactured and delivered to customers. I’ve been taking pre-orders on my site since before the show aired, so I’ve got a number of orders waiting to be fulfilled.

My mailing list is kind of like my second family now. Not only do they get special discounts, I’m regularly sending them text and video updates. And I just started sending periodic recipes with high-quality photos detailing the steps. I try to keep these posts memorable so that they can have something else to look forward to while they wait on their stuffed waffle irons to arrive. And I’m also sending regular promo videos and other updates through my social media channels.

I also enjoy engaging with customers and followers. One recent customer who bought two stuffed waffle irons wrote me, “It’s because of those darn recipes you autosend me that finally broke me. You are evil so I will buy those darn waffle irons!” I’m just doing my job.

Besides just determining to get out there and get your idea going, any entrepreneur needs to be willing to get their hands dirty. Of course, there are times and circumstances where you need to delegate or hire out, but bootstrapping your business requires that you are intimately involved in every aspect of its workings. There’s a level of confidence that says, “I’m going to be my own engineer, designer, marketing and social media manager, photographer, and bookkeeper.” You’ll be required to be the subject matter expert on pretty much everything.

Obviously, you can’t do it all, so you’ll have to know when and how to get help. But some of my most expensive mistakes so far have occurred when I outsourced something just because I was too afraid to make a go at it myself.

I’m preaching to myself here. I’m still learning, but I feel like I’m getting better and more confident with each bridge I cross. 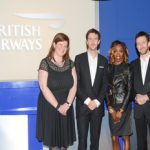 3 Ways to Learn From Your Competitors