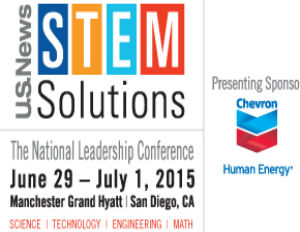 “The STEM Solutions Conference is designed to be a leadership forum,â€ says Kelly. “We think of STEM as an industry without any real structure to it. There are so many people interested in STEM and pursuing it from an education standpoint and a job standpoint, but there wasn’t any one real gathering place for all those folks. That’s why we started the STEM Solutions Conference.â€

“This is our fifth year bringing together a very diverse group of folks: educators, employers, policymakers, journalists, people from the nonprofit sector, and we use it as an opportunity to get the best thinking, the best practices together, put them on stage, and create a lot of opportunities for people to network and share ideas and contacts.â€

But why STEM? Kelly says U.S. News had a unique vantage point because of its data. The company had been ranking colleges for 30 years and now ranks engineering schools and even high schools. “Similarly,â€ says Kelly, “we have content, rankings, and other information about jobs.â€ But the two sides weren’t matching up as well as they could. “So many jobs are in the technical areas, but a lot of the education focus is not in those areas.â€

Writing about the economy and companies, but also hearing how employers couldn’t fill jobs although the country had a high unemployment rate–”It was kind of putting those pieces together,â€ says Kelly. “This is a unique community and a lot of people are doing [STEM], but no one’s talking to each other. We think of STEM as an industry, but it really isn’t. You have all these folks working in their own corner, sometimes it’s regional, sometimes it’s one industry or another. We just thought the conference was a great opportunity to bring people together. We put up the tent and we invite people to come into it.â€

Over the five years that U.S. News has been holding the STEM Solutions Conference, Kelly says he’s seen a growing awareness that STEM is important to career development; he also says he’s seeing a greater sophistication. “People originally thought of STEM as being a rocket scientist or having a Ph.D. in chemical engineering. People seem to understand now that STEM is in everything.â€ Many jobs require basic math skills, basic statistics, a basic understanding of science, Kelly says, but that message isn’t getting as widely distributed as it needs to. In particular, it isn’t resonating in the minority community. Yet, more and more it’s from the minority community that the labor pool is being replenished, Kelly notes, so it’s imperative that communities of color hear the message: STEM is critical. 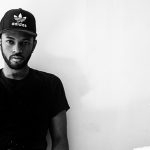 [The Artist: Shikeith] The Beauty Of Silence