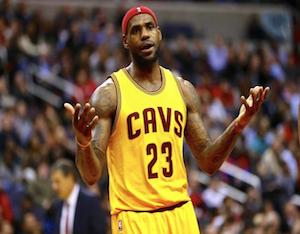 If you’ve been waiting for that BeyoncÃ© and Rihanna collaboration, or always wanted the cast from A Different World to reunite onÂ a special edition episode, then now may be your chance to actually make it all happen. Challeng (spelled without an “e”) is a new startup and the first of its kind. The do-good organization lets you put your favorite celebrities up to any Challeng all in the name of giving back.

Challeng teams up with influencers in media to support non-profits and make “changing the world really, really fun.” Here’s how it works:

Pledge to support a Challeng. The more money raised for each Challeng, the more pressure on celebrities to complete them.

Bask in the glory. When the Challeng is completed, the organization uploads the video proof and sends all the raised funds to the cause.

Non-profits only get the money if the celebrities man up, or woman up, to the Challeng. In the event that the Challeng isn’t completed, however, you can still choose to donate to the charity.

One kid has already summoned for NBA MVP LeBron James. The young fan Challeng’d James to hoop in the Sprite Slam Dunk contest at the NBA All-Star Game. If LeBron steps up to the Challeng, all of the money pledged by fans will benefit The Boys & Girls Clubs of America. As if the adorable little challenger isn’t motivation enough, fans everywhere are really combining their dollars to push the baller champ. What’s Trending reports that basketball enthusiasts have already raised over $2,000.

Watch LeBron’s Challeng video below, and take a look at other celebrity Challeng’s here.