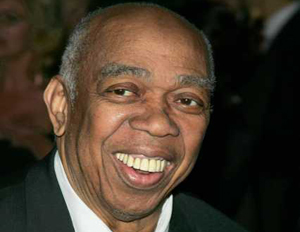 Millennials may best remember this famed performer as Nelson from 1992’s Boomerang, but that was just a small part of the big life that was Geoffrey Holder’s.

The 84-year-old dancer, choreographer, actor, artist, and singer died of complications of pneumonia over the weekend. According to The New York Times, Holder was a man with “a voice as deep as Othello and as smooth as Caribbean rum.”

Born in 1930 in Port of Spain, Trinidad, the young performer immigrated to the United States as a part of the Holder Dance Troupe in 1953. From that moment on, his legend would grow with principal appearances with New York’s Metropolitan Opera Ballet to directing the stage adaptation of Berry Gordy’s The Wiz, for which he won two Tony Awards.

He became the first black man to win Best Director and Best Costume Design. He worked as a 7-UP spokesman, which made him a household name, and starred in several big budget Hollywood films (including Boomerang with Eddie Murphy). Holder worked closely with the Alvin Ailey American Dance Theater and choreographed The Prodigal Prince and Adagio for a Dead Soldier.

Holder is survived by his wife and fellow dancer, Carmen de Lavallade and their son, Leo.

Black Enterprise offers their sincerest condolences to the family, friends, and fans of Mr. Geoffrey Holder.

Susan L. Taylor to be Honored at Black Enterprise Women of Power Summit