Stacey Dash on Romney Endorsement: 'It's Not About Skin Color' 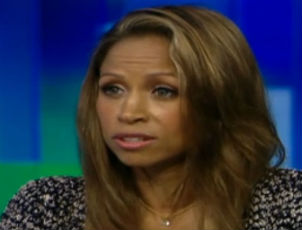 She evoked Dr. Martin Luther King Jr., when speaking of her endorsement.

“I chose him not by the color of his skin, but the content of his character,â€ the black actress told CNN’s Piers Morgan.