Power Play: As CFO of the parent company of several sports franchises that include the NBA’s Toronto Raptors and NHL’s Toronto Maple Leafs, Clarke’s changes to the budgeting policy helped boost the bottom line by 3%-5%.

As CFO, one of the first things you instituted was zero-based budgeting process where line items are based on forecasts of revenue that will actually be generated and received during the period covered by the budget. Why did you implement this?

We really challenged ourselves to think out of the box and start with a clear, clean approach that would achieve our annual objectives. By going back and doing zero based, you try to avoid biases of leaving numbers in from on year to another that might not be the best spent dollars. That was a key approach for us in terms of always challenging us and looking to get more efficient.

Where there a lot of challenges instituting this?

It requires more work. There’s no doubt when you go that way Â there’s more work because people don’t just say ‘well, I spent this last year and I’m going to spend the same amount this year.’ The idea is that we want you to go through, line-by-line and tell us what you need it for and provide the backup so we can determine if that’s the best use for limited resources.

So the days of saying “I’m not a numbers guy, leave that to the bean countersâ€ are clearly over.

You were behind MLSE’s decision to invest in the Maple Leaf Square, a $500 million (Canadian) sports and entertainment complex in Toronto.Â What was the rationale behind that decision?

MLSE went into this venture to capitalize on the growth and development of the area surrounding the Air Canada Centre south of the tracks. The development of the area was fueled by the ACC and the fact that we hold over 150 large events a year. The MLSQ development was our way to touch and service our fans in a different way and grow our business using our core strengths of food service and customer service. It allowed us to extend our brands.

For more insights on this Power Player, check out the August 2010 issue of Black Enterprise magazine. 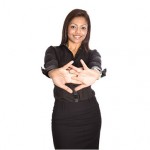 Slideshow: Fit Fitness Into Your Workday

Should You Get a Three-Year College Degree?