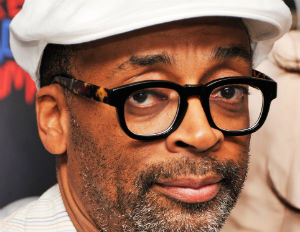 Earlier today, 2K Games – the creators of the wildly successful “2kâ€ series of sports-themed video games, announced that they have teamed up with the legendary filmmaker Spike Lee on their latest project, NBA 2K16. Spike and his ‘40 Acres and A Mule Filmworks’ studio have dozens of films under their belt, and director Spike Lee has been nominated for two Academy Awards for his previous work, which includes acclaimed films like ‘School Daze’, ‘Do The Right Thing’, and ‘He Got Game’. Never a stranger to the basketball court, Lee is perhaps just as well known for his Michael Jordan featuring Nike ads centered around his ‘She’s Gotta Have It’ character Mars Blackmon, and his renowned love of the New York Knicks, where he prominently sits courtside for home games.

[Related: Jay-Z to Serve As Executive Producer of ‘NBA2K13′]

For the many projects that Lee has been involved in, this is his first foray into video games. When asked by ESPN how the collaboration came to be, Lee responded matter-of-factly, “They asked me,â€ while on the phone from Chicago, where he’s working on his forthcoming project ‘Chiraq’. Of the experience, Lee said he actually felt liberated working on a motion-capture stage for the first time in his career. “I didn’t really realize how quick it was going to be,” Lee said. “We didn’t have to do costumes, makeup or hair. We didn’t have to move props around. We didn’t have to move from location to location. Everything was just there.”

Lee’s contribution to the game involved writing and directing the single-player campaign – “It’s about the trials and tribulations of life on a big stage with the money, fame, temptations, family members, the press, fans, all that stuff,” Lee said. The story will center around a player named Frequency Vibrations, allowing game players to explore the rising stars personal exploits off the court as well as his development on it.

Jeff Thomas, vice president of sports development at Visual Concepts, which was purchased by 2K Games in 2005, recalls that getting Lee to make the jump to video games wasn’t a very ‘hard sell’. “Spike was really receptive when I first met with him. He actually said to us, ‘It’s about time I worked with 2K.’ He loves basketball, and this is a new frontier for him.”

This isn’t the first high profile collaboration for the series – which has previously featured curated soundtracks by the likes of Jay-Z, Lebron James, and Pharrell Williams.

NBA 2K16 is slated to hit retailers this fall.

The Best Colleges for Veterans in 2015 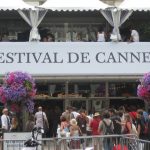