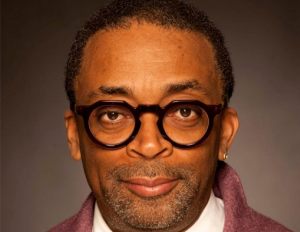 Chi-Raq director Spike Lee and actress Jada Pinkett Smith have recently been very vocal about boycotting the Oscars, which are set for next month. The two, part of black Hollywood royalty, say black actors were shut out of nominations, and the Academy reportedly acknowledgedÂ it needed to do more to promote diversity.

The Twitter hashtag #OscarsSoWhite regained traction recently after Oscar nominations were announced, with many citing that the list lacked black performers.

#OscarsSoWhite… Again. I Would Like To Thank President Cheryl Boone Isaacs And The Board Of Governors Of The Academy Of Motion Pictures Arts And Sciences For Awarding Me an Honorary Oscar This Past November. I Am Most Appreciative. However My Wife, Mrs. Tonya Lewis Lee And I Will Not Be Attending The Oscar Ceremony This Coming February. We Cannot Support It And Mean No Disrespect To My Friends, Host Chris Rock and Producer Reggie Hudlin, President Isaacs And The Academy. But, How Is It Possible For The 2nd Consecutive Year All 20 Contenders Under The Actor Category Are White? And Let’s Not Even Get Into The Other Branches. 40 White Actors In 2 Years And No Flava At All. We Can’t Act?! WTF!! It’s No Coincidence I’m Writing This As We Celebrate The 30th Anniversary Of Dr. Martin Luther King Jr’s Birthday. Dr. King Said “There Comes A Time When One Must Take A Position That Is Neither Safe, Nor Politic, Nor Popular But He Must Take It Because Conscience Tells Him It’s Right”. For Too Many Years When The Oscars Nominations Are Revealed, My Office Phone Rings Off The Hook With The Media Asking Me My Opinion About The Lack Of African-Americans And This Year Was No Different. For Once, (Maybe) I Would Like The Media To Ask All The White Nominees And Studio Heads How They Feel About Another All White Ballot. If Someone Has Addressed This And I Missed It Then I Stand Mistaken. As I See It, The Academy Awards Is Not Where The “Real” Battle Is. It’s In The Executive Office Of The Hollywood Studios And TV And Cable Networks. This Is Where The Gate Keepers Decide What Gets Made And What Gets Jettisoned To “Turnaround” Or Scrap Heap. This Is What’s Important. The Gate Keepers. Those With “The Green Light” Vote. As The Great Actor Leslie Odom Jr. Sings And Dances In The Game Changing Broadway Musical HAMILTON, “I WANNA BE IN THE ROOM WHERE IT HAPPENS”. People, The Truth Is We Ain’t In Those Rooms And Until Minorities Are, The Oscar Nominees Will Remain Lilly White. (Cont’d)

Pinkett Smith took to Twitter to also express her views on the lack of diversity and posted a Facebook video discussing the power and dignity of African Americans and urging people of color to “stand in our power.”

“Maybe it’s time we pull back our resources and we put them back into our communities, and we make programs for ourselves that acknowledge us in ways that we see fit, that are just as good as the so-called mainstream,” she said in a video.

At the Oscars…people of color are always welcomed to give out awards…even entertain, (pt. 1)

But we are rarely recognized for our artistic accomplishments. Should people of color refrain from participating all together? (pt 2)

People can only treat us in the way in which we allow. With much respect in the midst of deep disappointment. J (pt 3)

Academy of Motion Picture Arts and Sciences (AMPAS) president Cheryl Boone Isaacs released a statement in response to the backlash, saying, “In 2016 the mandate is inclusion in all of its facets; gender, race, ethnicity, and sexual orientation. We recognize the very real concerns of our community, and I so appreciate all of you who have reached out to me in our effort to move forward together.â€

She also indicated that the Academy “will conduct a review of our membership recruitment in order to bring about much-needed diversity.”

This year’s awards, which will be held Feb. 28, though lacking nominations of black actors and actresses in key categories, is being hosted by Chris Rock and co-produced by Reginald Hudlin.

Rock posted an intro video for his hosting the night, calling the event the “White BET Awards,” and sparking responses that he should boycott as well to make a statement and build unity.

Actress Janet Hubert, of The Fresh Prince of Bel-Air fame, and who has reportedly had a long-standing feud with Will Smith, her former co-star, slammed Pinkett’s efforts, saying via a video of her own, “First of all, Miss Thing, does your man not have a mouth of his own with which to speak?â€ And added, “The second thing, girlfriend, there’s a lot of sh** going on in the world that you all don’t seem to recognize. People are dying. Our boys are being shot left and right. People are starving. People are trying to pay bills. And you’re talking about some motherf**king actors and Oscars. It just ain’t that deep.â€

What are your thoughts? Will you be boycotting the Oscars? Is diversity an issue of concern for the Academy Awards? Leave a comment below: