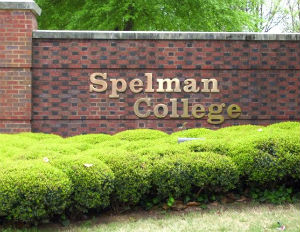 “From the moment I was surrounded by its warm embrace, I was head over heels in love with Spelman College, and especially with the beautiful people who study and teach there.â€

Those are the heartfelt words of Leonard Riggio, quoted on the website for Spelman College in its announcement of Leonard and Louise Riggio’s $1 million gift to the school. The gift will establish the Riggio Scholars Program, and supports Spelman’s planned arts and innovation center.

Riggio, the recently retired executive chairman of Barnes & Noble, purchased the nation’s largest retail bookseller in 1971–when it was a single store–and is the founder of Barnes & Noble Inc. He said of Spelman, “The whole of the place seems to have been lifted from the depths of our spirits, to the full realization of our hopes and dreams for a better America. If Spelman is not the paradigm of a great college, I do not know what is. The gift to the scholarship program and to the arts and innovation center from Louise and me commemorates one of the best days I’ve ever had.â€

According to the Spelman website, half of the Riggios’ gift will be used to underwrite six outstanding Spelman students who are also engaged in community service. The remaining $500,000 will be designated for the design and construction of an arts and innovation center, which will house Spelman’s arts programs and Innovation Lab and foster collaboration between the arts, technology, science, and other liberal arts disciplines.

Spelman has announced that “Riggio Scholars will have an opportunity to expand their intellectual skills as critical thinkers.â€ Six exceptional students have already been selected as 2016—2017 Riggio Scholars:

To read more, go to the Spelman College website.

#BuyBlack: Why Archer & Pine Is Making A Difference This Holiday